This strand of our one-year MSt or two-year MPhil in History is the equivalent of a free-standing Master’s in Early Modern History, 1500-1700. 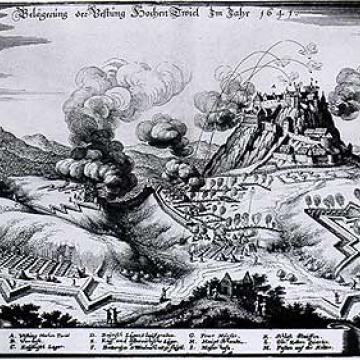 Modern British History 1850 to the present

Modern European History 1850 to the present 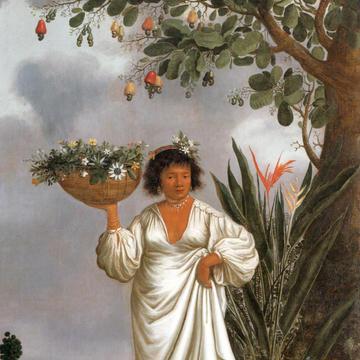 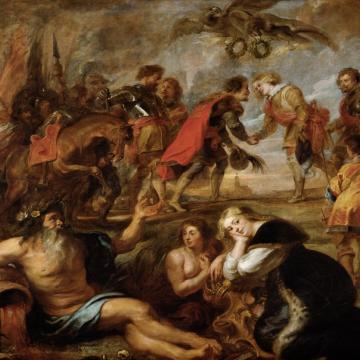 This exciting course introduces you to the latest developments in the study of British, European and World History between c. 1450 and 1800.  From the Reformation and Counter-Reformation to the Enlightenment, we look at how the world was transformed by the new encounters between civilisations. We explore the visual and material culture of the Renaissance and Baroque, we ask how the idea of the self developed, we track changes in warfare and the growth of the state, and we examine how gender relations were transformed and social hierarchies challenged.

Alongside the Theory and Methods course, students spend their first term studying Sources and Historiography. This course introduces you to the key historiographical debates that shape our discussions. We will critically examine how our field has been transformed by the challenges of global history, what concepts like “early modernity” or the ‘fiscal-military state’ might mean, and ego-documents and experience. We will consider how the work of thinkers like Lynn Hunt, Michel Foucault, or Norbert Elias have changed our field, and what challenges are posed by the history of gender.

As part of the Skills component of the course, you will be able to learn a language - such as French, German, Italian, Spanish and many more.  You can take dedicated Languages for Historians classes, specifically targeted to the needs of history scholars. There is also a highly regarded introductory summer Latin Course, taught in the three weeks before your course begins, and you can then continue to work on your Latin in groups for all levels during the year. You will be able to learn palaeography so that you can read manuscript and archival source materials. We have some of the most advanced digital humanities resources in the country, and you will be able to acquire the technical skills you need.  And you can work on manuscripts and early books with the guidance of leading scholars.

In the second term, students take one of a wide portfolio of Option courses.  Those particularly relevant to Early Modern History typically include:

The ‘globalization’ of history has been the most visible and significant development in historical scholarship of the past decade or so. Historians are increasingly aware of the need to place their work in a context that spills over national, regional, or civilizational boundaries. Some of the most exciting work has emerged from probing the global dimensions of the ‘early modern period’ before the rise of European world domination. This course will introduce the two principal methodologies involved in doing this new large-scale history – the connective and the comparative – through a series of seminars led by one European historian and a different specialist in cultures outside of Europe each week. In pursuit of the connective we will consider what happened when Europeans began to traverse the Atlantic and Indian Oceans and became entangled in a newly diverse range of societies. For example, what kind of architecture resulted when Portuguese ecclesiastical styles were transplanted to the tropics? Other weeks will take a more comparative approach. Considering the way in which Chinese intellectuals turned to classical texts in formulating ‘Neo-Confucianism’, for example, should help us see the over-familiar European themes of Renaissance and Reformation in a new light.

In recent decades the political history of early modern Europe has re-invented itself in dialogue with social, economic and cultural history. Analyses of state formation and political culture have aspired to replace biographies of statesmen, narratives of party struggle and genealogies of institutional development. This course examines a series of themes in the development of early modern states to test models of political change on a range of societies from the British Isles to Eastern Europe. It aims to equip those interested in reformations, counter-reformations, rebellions, courts, parliaments, towns, nobles, peasants and witches – and in statesmen, factions and institutions – with the ideas and comparators needed to frame a sophisticated research project in their chosen field. Class topics will include:

This option offers the opportunity to engage with a range of exciting new scholarship on the Enlightenment, covering the period from the second half of the seventeenth century to the end of the eighteenth century. It takes inspiration from recent rebuttals of the postmodern critique of the ‘Enlightenment project’, and addresses the subject in comparative and transnational perspective. We shall cover Enlightenment both as an intellectual movement and as a social phenomenon, examining how thinkers across Europe engaged with new publics. For the first four weeks we shall explore the major interpretative issues now facing Enlightenment historians, including:

During the second half of the course, participants will be encouraged to set their own more precise study agenda, related to the topics of their course papers. They may explore in more detail the intellectual content of Enlightenment, its various contexts, its social framework, and its impact, within and across national and political frontiers. Topics which might be studied at this stage are:

Participants will also be encouraged to attend the research-oriented Enlightenment Workshop, which meets weekly in Hilary Term.

Microhistory and its Uses in early modern history

Massacres of cats, heretical millers, village fraudsters and globe-trotting prophets: these have all been the subjects of ‘microhistory’ at one time or another.  Yet despite the increasing use of the term in recent publications, it is not clear that historians are always writing about the same thing when they write about ‘microhistory’.  What might the study of small, seemingly insignificant details, people and places reveal about larger historical trends, events and debates?  This option will provide students with research training through the intensive reading and discussion of a number of outstanding examples of the 'micro-historical' study of individuals, families, communities, incidents, processes, rituals and more.  The paper is not about microhistory per se, but rather about what microhistories have revealed about the early modern world.  The readings will begin with a collection of theoretical and methodological reflections on microhistory in week 1 before proceeding to explore, in weeks 2-6, aspects of early modern history through examples of the genre from the 1970s until today.  These examples will come mainly from the literature on early modern Europe, which has had an influential role in the tradition of microhistory, but we may also consider examples from early American, and modern European history depending on student interests.  Among the questions we will consider, we will pay particular attention to the issue of sources and their potential in the hands of imaginative historians as well as how microhistories relate to alternative analytical and narrative techniques.  We will explore what can be revealed about the early modern world by microhistory that is not available through other methods when it comes to the study of, for example, religion and reformation, the state and authority, political culture and bureaucracy, the history of family, rural life, and conversion.  For the Option Essay, each member of the class will write a microhistorical study of a subject of his/her choosing (agreed in discussion with the instructor).  This might be, for example, a microhistorical reading of an individual source, or a methodological essay exploring what microhistory offers for the understanding of otherwise relatively inaccessible aspects of the past.  In doing so, students will gain direct experience of research, analysis and interpretation linked to their own interests.

We have probably the largest group of early modernists anywhere in the world. We have particular strengths in the following areas:

The History of Warfare

Associate Professor of Global History and the History of Medicine
,
Faculty of History

Chichele Professor of the History of War
,
All Souls College

The Study of Gender, Identity and Subjectivity

Associate Professor of Global History and the History of Medicine
,
Faculty of History

The History of the British Isles

The History of Power, Politics and State-formation

Chichele Professor of the History of War
,
All Souls College

Professor of the History of Art
,
St Peter's College

Professor of the History of Art
,
St Catherine's College

The History of Science

Professor of the History of Science
,
Linacre College

Professor of the History of Science
,
Linacre College

History of the Book

We have a very lively research culture, with seminars, workshops, and discussion groups involving leading international scholars just about every day of the week. You can see what is on offer on the Centre for Early Modern Studies website, an interdisciplinary umbrella. The History Faculty is home to the major international project Cultures of Knowledge: Networking the Republic of Letters 1550-1750. It also houses the project ‘Everyday Life and Fatal Hazard in Sixteenth-Century England’. There is a large international research project on the Jagiellonian dynasty  in the early modern period; and another major project entitled ‘Stories of Survival: Recovering the Connected Histories of Eastern Christianity in the Early Modern World’. There is a lively Centre for Early Modern Catholicism. We run the centre for Early Modern British and Irish History, and we are engaged in the Oxford Centre for European History, the Centre for Global History and the Centre for Gender, Identity and Subjectivity. We work closely with the Ashmolean Museum, the Museum for the History of Science, and with the Bodleian Library (see Cristina Dondi). We also collaborate with our colleagues at Princeton, Muenster, Padua, Central European University Budapest, Basel and many other places to hold postgraduate workshops for doctoral and early career students.

We normally take about 8-10 MSt students and one or two MPhil students in this area, but numbers vary from year to year and we are able to be flexible.  If you have any questions about our admissions procedure, please check the University admissions pages and/or contact Graduate Admissions. You can also contact any of the academics in your relevant area of study. You can filter the Academics page by period, region or specialism.