This strand of our one-year MSt or two-year MPhil in History is the equivalent of a free-standing Master’s in the history of Britain and Europe in the long eighteenth century, the age of enlightenment and revolutions. 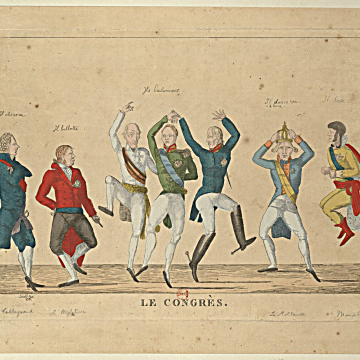 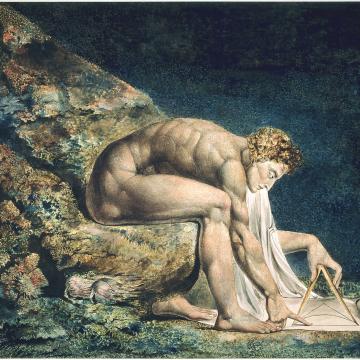 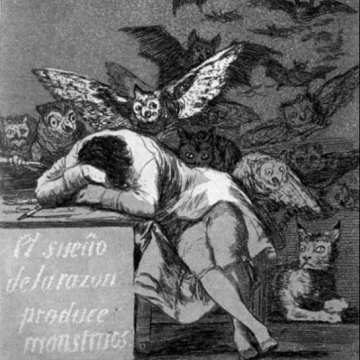 Recent generations of historians have risen to the challenge of finding ways of characterising this period that transcend older notions of a passage from ‘traditional’ to ‘modern’.  How best to characterise Enlightenment, and what it meant to whom, continues to attract controversy, as do the causes, nature and effects of revolutions, political and other. There has been lively interest in developments in state forms and in the ‘public sphere’, in attempts to promote new systems of ‘manners’ (whether industrious, polite or democratic) and increasingly in interactions between Europe and the wider world.

Oxford has a strong tradition of work including interdisciplinary work on British history in the long eighteenth century, on the enlightenment and on the French revolution and its effects. The outstanding print resources of the Bodleian Library are complemented by a wealth of digital resources, accessible to students on-course wherever in the world they may be working. Alongside faculty research seminars focussing on this period (see e.g. ‘Oxford Seminar in Mainly British History 1680-1850’ community page on Facebook), there are seminars and workshops at the Voltaire Foundation (www.voltaire.ox.ac.uk), which is dedicated to ‘disseminating research in the enlightenment’. TORCH hosts an interdisciplinary network for ‘Romanticism and eighteenth-century studies’, RECSO (www.recso.org).

Alongside the Theory and Methods course, students spend their first term studying Sources and Historiography. In weekly 90-minute classes, students will be asked to reflect upon and discuss critically current approaches to major themes in the history of the period, including for example the Enlightenment and the Public Sphere, Revolution and Terror, Globalisation, and Romanticism and Nationalism – in relation to debates over intellectual and cultural history, the history of emotions, material culture and transnational history. Students will also be asked to make presentations and discuss the application to their own research topics of the research methods presented in plenary sessions.

Meanwhile, in the ‘Skills’ component of the course, students will be encouraged to take advantage of opportunities to improve their reading knowledge of European languages, to attend library information sessions and training sessions organised by Oxford University Computing Services – so as to learn e.g. about text analysis software, GIS or statistical packages.

In the second term, students take one of a wide portfolio of Option courses.  Those particularly relevant to Britain and Europe 1700-1850 typically include:

In recent decades the political history of early modern Europe has re-invented itself in dialogue with social, economic and cultural history. Analyses of state formation and political culture have aspired to replace biographies of statesmen, narratives of party struggle and genealogies of institutional development. This course examines a series of themes in the development of early modern states to test models of political change on a range of societies from the British Isles to Eastern Europe. It aims to equip those interested in reformations, counter-reformations, rebellions, courts, parliaments, towns, nobles, peasants and witches – and in statesmen, factions and institutions – with the ideas and comparators needed to frame a sophisticated research project in their chosen field. Class topics will include:

The ‘globalization’ of history has been the most visible and significant development in historical scholarship of the past decade or so. Historians are increasingly aware of the need to place their work in a context that spills over national, regional, or civilizational boundaries. Some of the most exciting work has emerged from probing the global dimensions of the ‘early modern period’ before the rise of European world domination. This course will introduce the two principal methodologies involved in doing this new large-scale history – the connective and the comparative – through a series of seminars led by one European historian and a different specialist in cultures outside of Europe each week. In pursuit of the connective we will consider what happened when Europeans began to traverse the Atlantic and Indian Oceans and became entangled in a newly diverse range of societies. For example, what kind of architecture resulted when Portuguese ecclesiastical styles were transplanted to the tropics? Other weeks will take a more comparative approach. Considering the way in which Chinese intellectuals turned to classical texts in formulating ‘Neo-Confucianism’, for example, should help us see the over-familiar European themes of Renaissance and Reformation in a new light.

This option offers the opportunity to engage with a range of exciting new scholarship on the Enlightenment, covering the period from the second half of the seventeenth century to the end of the eighteenth century. It takes inspiration from recent rebuttals of the postmodern critique of the ‘Enlightenment project’, and addresses the subject in comparative and transnational perspective. We shall cover Enlightenment both as an intellectual movement and as a social phenomenon, examining how thinkers across Europe engaged with new publics. For the first four weeks we shall explore the major interpretative issues now facing Enlightenment historians, including:

During the second half of the course, participants will be encouraged to set their own more precise study agenda, related to the topics of their course papers. They may explore in more detail the intellectual content of Enlightenment, its various contexts, its social framework, and its impact, within and across national and political frontiers. Topics which might be studied at this stage are:

Participants will also be encouraged to attend the research-oriented Enlightenment Workshop, which meets weekly in Hilary Term.

War in the Modern World

This course is an introduction to the history of warfare since ca.1780, taking the emergence of revolutionary warfare and the military divergence between Europe and the rest of the world as its starting-point. The course is organised both thematically and chronologically. Students will be asked to assess whether the turn of the 18th and 19th centuries saw the emergence of a new epoch in warfare, one marked within Europe by the emergence of mass conscript armies, and beyond it by a recent but rapid European military divergence from the rest of the world. They will explore the topics of war and empire – wars of colonial conquest in Asia, America and Africa in the 18th and 19th centuries – and be encouraged to explore whether this was enabled or facilitated by the developments of the military revolution. They will explore the distinctive forms and functions of warfare which emerged in the 19th century, notably the relationships between war and the various nation-building projects at the time, and the racialized violence of colonial warfare. ‘War and Technology’ will look at how certain types of technological advance – notably rifled weaponry, steam-powered, iron-hulled armoured warships, and later air power and land armour – transformed the way wars were fought, and the international relations surrounding them, while also exploring the role of medical science in warfare. The topic of Life, Death and the experience of war will ask if historians can recreate the subjective experience of the battlefield, and the medical and psychological consequences of warfare. ‘Total War’ will explore the total mobilisation of societies to meet the demands of 20th-century warfare, focusing on the First and Second World Wars.

MSt: Sex and subcultures in arts clubs and societies in London in the eighteenth century; The eighteenth-century colonial and British public spheres … through print and imagery; Malthus on war: echoes of civic humanism; The “special relationship” between Bavaria and Württemberg: 1815-1848; Alexander von Humboldt’s perception of the ‘Two Americas’.

MPhil: Bridewells and reform in the London metropolis 1789 - 1823; The origins and rise of nationalism in settler societies of the British Empire; Giuseppe Compagnoni and the politics of revolution and reform in Italy's epoca francese.

The faculty and university have particular strengths in the history of political culture in Britain, Ireland and the Atlantic world; the Napoleonic empire; the history of women and of childhood; in the history of war (including political, social and medical dimensions of warfare), in intellectual history, and in urban and rural social history.

Political culture in Britain, Ireland and the Atlantic world

Faculty seminars bring together staff, doctoral and master’s students working in the field, to hear speakers including doctoral students, external and internal to the university. Seminars relating to this period include: early modern European; mainly British history 1680-1850; modern British history and long nineteenth-century Europe. Relevant sessions also occur in seminars on Irish history and the history of political thought, economic and social history, global history, the history of the book, science, war etc.

We normally take about 8 MSt students and one or two MPhil students in this area, but numbers vary from year to year and we are able to be flexible.  If you have any questions about our admissions procedure, please check the University admissions pages and/or contact Graduate Admissions. You can also contact any of the academics in your relevant area of study. You can filter the Academics page by period, region or specialism.