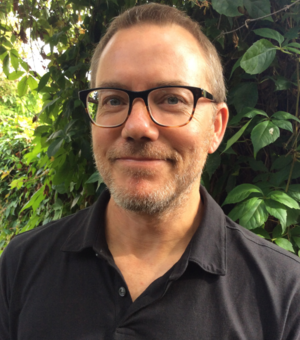 I am a historian of modern Africa, with a focus on the nineteenth and twentieth centuries.  I am particularly interested in the culture and practice of warfare in the modern period, and have focused on the transformations in violence in the late precolonial period (the nineteenth century), as well as on more recent armed insurgencies, especially those between the 1950s and the 1980s. I also work on historical culture and memory, especially around trauma and upheaval, and one strand of my research involves an exploration of how the ‘precolonial’ is perceived and understood in modern Africa (as well as in modern Europe). While some of my published work spans the continent as a whole, my primary research is on East and Northeast Africa, including Uganda and the Great Lakes region, Ethiopia, and Eritrea.

My current research is concerned with histories of war in modern Africa, and has two main strands.  The first focuses on the ways in which war leads to distinctive, often markedly emotional, forms of historical culture, and how it influences both public history and more private understandings of the past. My case study is the war between Eritrea and Ethiopia (1998-2000), which in some ways was the outcome of distinctive cultures of violence, militarism, and historical consciousness, but which has also served to underpin those cultures.  I am especially interested in how history is organized and ‘packaged’ as the result of prolonged trauma, including at the level of national history, and I have recently undertaken work on Uganda with that in view.

Secondly, and related to this, I am interested in how the ‘precolonial’ is perceived and understood in modern Africa, especially given the negative connotations often attached to precolonial violence by modern political and economic elites. This is particularly fascinating given that at least some of those elites are themselves the products of violence and its long-term aftermath in the postcolonial era.

The third strand of my work involves a re-examination of the relationship between Africa and Europe during the long nineteenth century. The culmination of that relationship, famously, was the so-called ‘scramble for Africa’, between the 1870s and the 1910s, and I am in the process of revisiting that formative ‘moment’ in the histories of both continents. But I am equally interested in the ways in which political, economic, and military upheavals in both continents during the nineteenth century were closely intertwined. Ultimately, I am seeking to understand Africa’s revolutions during that era in a more global context.

Shallow Graves: A Memoir of the Ethiopia–Eritrea War (Hurst Publishers, 2020)

Shallow Graves: A Memoir of the Ethiopia–Eritrea War (Hurst Publishers, 2020)

This is a personal account of the war between Eritrea and Ethiopia, fought between May 1998 and June 2000, as well as of the periods immediately preceding and following the conflict. Shallow Graves traces shifting local perceptions of time, the nation and the region, beginning in the mid-1990s and concluding with the peace agreement signed between the two governments in 2018.

A History of Modern Africa explores two centuries of the continents political, economic, and social history. This thorough yet accessible text help readers to understand key concepts, recognize significant themes, and identify the processes that shaped the modern history of Africa. Emphasis is placed on the consequences of colonial rule, and the links between the precolonial and postcolonial eras.

This book is the first major study in several decades to consider Uganda as a nation, from its precolonial roots to the present day. Here, Richard J. Reid examines the political, economic, and social history of Uganda, providing a unique and wide-ranging examination of its turbulent and dynamic past for all those studying Uganda's place in African history and African politics.

I am interested in supervising any viable topic related to nineteenth- and twentieth-century Africa, but I am especially keen to hear from potential students interested in the history and memory of violence.