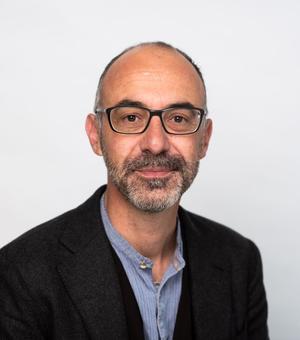 I studied and taught in Italian universities before taking up my post at Oxford in 2017. I am an early modern historian with a strong interest in the experience of those who lived in the global empires of Spain and Portugal. In particular, the focus of my research and writing has been on imperial ideology, race, and slavery. I have extensively worked in archives and libraries in the Iberian Peninsula, Latin America, France, Italy, the United Kingdom, and the United States. My other major area of interest is in the Iberian religious world, with special regards to the Inquisition, mission, and the agency of converts. My latest book, The Globe on Paper (OUP, 2020), considers historiography as the centre of global interactions in the age of exploration. An examination of the cross-fertilisation of historical writing in the sixteenth and early seventeenth centuries, it reconstructs a set of imaginative forms of account worked out from Mexico to the Moluccas and Peru, and from the shops of Venetian printers to the rival courts of Spain and England. This work, as much as the volume Machiavelli, Islam, and the East, which I co-edited with Lucio Biasiori (Palgrave, 2018), is part of an ongoing attempt to complicate current approaches to the geographies of the early modern world. I have never thought of my research topics in isolation. Ultimately, I see my scholarship as dealing with issues of power relations as diffracted through sources and materials produced at a time of change, instability, and weak legitimacy. I teach widely across the history of the early modern world (including specialised papers on Iberia and its overseas possessions), and I welcome enquiries from prospective graduate students interested in working in any aspect of Iberian history from 1450 to 1800.

I am one of the convenors of the Iberian History Seminar and the Reading Group on Iberian History (Medieval & Early Modern), both of which meet at Exeter College, and I greatly enjoy being part of a lively group of students and scholars interested in Iberian History at Oxford. Currently, I am also the Chair of the Oxford Centre for European History. I serve on the editorial board of several academic journals, including the Journal of Early Modern History.

My current research analyses a number of episodes of visual insults that marked the political life in the early modern Iberian empires. Together with Jorge Flores (University of Lisbon), I currently editing a special issue for an academic journal on ‘The Art of Dissent: A Visual and Written Archive of the Early Modern World’, which arises from an international workshop held online in June 2021. Meanwhile, I am devoting significant work to the Portuguese empire: I am completing an article on Portuguese mercenary networks in seventeenth-century India, which will be included in a special issue on global microhistory to be published in the Journal of Early Modern History in 2023, and I preparing a volume of collected essays that I have published in various languages in the past fifteen years.

I am also developing a project on the materiality of heresy in collaboration with Yonatan Glazer-Eytan (University of Cambridge). We are planning to write an article together and we have already organised the international conference Unsettling Objects: The Forgotten Archives of Material Culture in the Early Modern World, which took place in Cambridge in March 2022.

Moreover, new archival findings have persuaded me to return to an exceptional episode of same-sex marriages in late Renaissance Rome, which I studied in two articles published in Quaderni storici in 2010 and Historical Reflections in 2015. My current interest is specifically in the distortion of the memory of the events in the following century or so.

Finally, I am completing the revision a general history of the Inquisition in Portugal and its empire, which I co-authored with José Pedro Paiva (Universidade de Coimbra), for an English edition (forthcoming in the Medieval and Early Modern Iberian World series, Brill).

Giuseppe Marcocci, The Globe on Paper: Writing Histories of the World in Renaissance Europe and the Americas (OUP, 2020)

Giuseppe Marcocci, The Globe on Paper: Writing Histories of the World in Renaissance Europe and the Americas (OUP, 2020)

The book investigates the imaginative solutions that a variety of authors devised to rethink world history in the age of exploration. Based on extensive research into materials from the 16th and 17th centuries, this study restores the centrality that knowledge of the past had in the first global interaction. It explores the circulation of distinctive modes of historical writing across multiple languages and regions, how they influenced each other, the transformation they experienced in different contexts, as well as the challenge they posed to the authority of empire and religion.

The volume provides the first survey of the unexplored connections between Machiavelli’s work and the Islamic world, running from the Arabic roots of The Prince to its first translations into Ottoman Turkish and Arabic. It investigates comparative descriptions of non-European peoples, Renaissance representations of Muḥammad and the Ottoman military discipline, a Jesuit treatise in Persian for a Mughal emperor, peculiar readers from Brazil to India, and the parallel lives of Machiavelli and the bureaucrat Celālzāde Muṣṭafá.

Much of America has stopped celebrating Columbus Day, but the explorer remains revered in Italy

Much of America has stopped celebrating Columbus Day, but the explorer remains revered in Italy

Interview on the history of the Portuguese Inquisition (in Portuguese)

Interview on the history of the Portuguese Inquisition (in Portuguese)

I would be happy to hear from potential DPhil and Masters students interested in the early modern Iberian world, or early modern global history more generally.