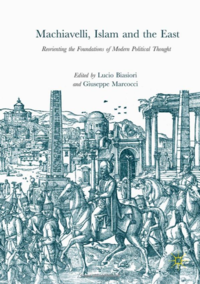 This volume provides the first survey of the unexplored connections between Machiavelli’s work and the Islamic world, running from the Arabic roots of The Princeto its first translations into Ottoman Turkish and Arabic. It investigates comparative descriptions of non-European peoples, Renaissance representations of Muḥammad and the Ottoman military discipline, a Jesuit treatise in Persian for a Mughal emperor, peculiar readers from Brazil to India, and the parallel lives of Machiavelli and the bureaucrat Celālzāde Muṣṭafá. Ten distinguished scholars analyse the backgrounds, circulation and reception of Machiavelli’s writings, focusing on many aspects of the mutual exchange of political theories and grammars between East and West. A significant contribution to attempts by current scholarship to challenge any rigid separation within Eurasia, this volume restores a sense of the global spreading of books, ideas and men in the past.