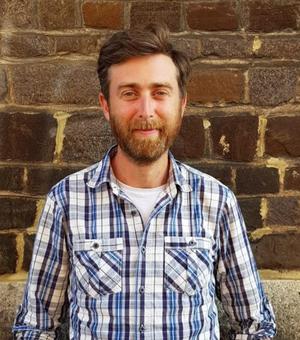 My research is concerned with politics and culture in late-colonial and post-colonial Africa, specifically the role that the news media played in colonial liberation and post-colonial nation-building. I am particularly interested in local and transnational radio broadcasting and its impact on southern African audiences, with a current focus on radio broadcasting in Zambia, 1960-1980. I have also published on British decolonisation in Central and East Africa, Commonwealth immigration to Britain and the history of so-called ‘multi-racialism’.

I came to Oxford from King’s College, London in 2017, where I taught colonial and modern British history. I studied at the University of Cambridge as an undergraduate and MPhil student before taking my doctorate at King’s College.

My current research is a study of news media and popular political culture in late colonial and post-colonial Africa c. 1960 - 1990. Africa developed a uniquely cosmopolitan culture of news consumption in this period. Thanks to a global boom in sales of cheap, battery-operated transistor radios a plurality of media voices became part of daily life in all but the remotest communities thanks to the availability of foreign radio stations. Liberationist stations such as Radio Cairo circumvented heavy-handed local control of the media in the late-colonial period and played a crucial role in broadcasting decolonisation across the continent. For many Africans cultural decolonisation was first experienced on the airwaves long before political independence. Independent governments later sought to retain the machinery of colonial media control but also faced external challenges to their authority, from neighbouring states, the former-colonial metropoles and Cold War super-powers. The combination of ready access to short-wave radio sets and frustration with national stations created a culture of international listenership that was unique to Africa. In many countries it lasted at least until the 1990s, when state control of the media began to be relaxed and local commercial radio gained a foothold. To this day radio remains the most popular medium throughout the continent, with a high level of international listenership.

The post-colonial African press was also characterised by a plurality of voices, thanks to a confusing blend of local news from state-owned news agencies and a near total reliance on western news agencies for foreign news, primarily Reuters and Agence France Presse. Until the 1980s almost all foreign news stories read in Africa were written by European correspondents and edited in London or Paris. For many Africans, listening and reading habits were severely constrained by practical limitations, in particular the limited circulation of newspapers and the variable quality of radio reception. However, my current work on audiences and the media in Zambia suggests that a quarter of the Zambian population habitually chose to get their news from non-Zambian sources when possible. In practice this provided an open door to South African and British influence, via Radio South Africa and Reuters, amounting to a marked continuity with the Northern Rhodesian past.

Before working on media history my research was concerned with the politics of British decolonisation in Africa and the Middle East, race relations and migration. My first monograph on Duncan Sandys and the Informal Politics of Britain’s Late Decolonisation (Palgrave, 2018) was concerned with the influence of global networks on the complex process of colonial disentanglement. As a minister, Sandys was responsible for orchestrating much of Britain’s withdrawal from empire in the ‘Wind of Change’ era of the early 1960s. On leaving government Sandys became synonymous with neo-colonial influence, both as a back-bencher and as a chairman of several African mining interests. Thanks to his ministerial contacts Sandys was able to take a leading role in a network of revanchist British, Arabian and African politicians and officials seeking to preserve British influence in the former-colonial world.

My earlier research on Enoch Powell traced his unusual journey from empire fanatic to anti-Commonwealth evangelist and located the origins of his notorious ‘Rivers of Blood’ speech of 1968 in his experience of communal tension in India in 1940s. By highlighting the imperial dimension of Powell’s thought on immigration my research offered an original interpretation of the origins of the anti-immigration lobby in Britain.

This book throws new light on the impact of informal ‘old boy’ networks on British decolonisation. Duncan Sandys was one of the leading Conservative politicians of the middle decades of twentieth-century Britain.  He was also a key figure in the Harold Macmillan’s ‘Winds of Change’ policy of decolonisation, serving as Secretary for the Colonies and Commonwealth Relations from 1960 to 1964. When he lost office he fought strenuously to undermine the new Labour Government’s attempts to accelerate colonial withdrawal and improve race relations in Britain.

I would like to hear from Masters students looking at Modern African History.