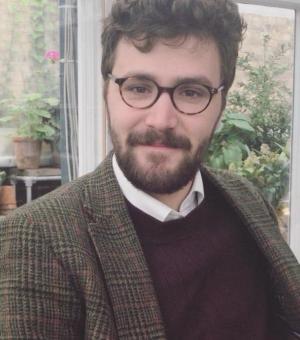 Fascist Warfare: The Impact of the Revolutionary Right on the Elaboration of Strategy in the Interwar Years

The interwar period was a period of experimentation, both political and military, to offer new solutions to the problems highlighted by the wanton destruction of the First World War. From Bolshevism to Fascism, extreme solutions were favoured by many, utterly disatisfied with the status quo. Obsessed by the fear of the decline of the West, supposedly precipitated by the shadowy forces of internationalism, liberalism and communism, the revolutionary Right sought to refashion Europe through violence.

My research focuses on the political and military innovations that were a product of this desire to prevent the end of European domination. The tandem of total war and total state, the mechanisation of the armed forces, strategic bombing and even genocide were all concepts derived from the apocalyptic visions of war of the revolutionary Right. As a multi-disciplinary research, pertaining to the study of History, political theory and strategy, it seeks to explore in depth the instrumental relationship between politics and the conduct of war.

Before starting at Oxford, I did my MA and BA in War Studies at King's College London. Whilst at King's, I was the recipient of the Sir Evelyn de Rothschild Scholarship, the Sir Michael Howard Prize for Academic Excellence and the Desmond Tutu Scholarship.