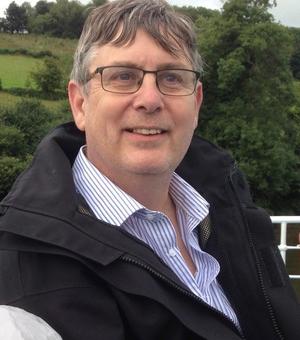 I studied history at Cambridge  and I have been a lecturer and college tutor at Pembroke in Oxford since 1997.

In recent years my main research interest has been global religion in the era of the Great War and I was joint  PI on a major AHRC project on this subject form 2015 to 2019. I remain generally interested in world history between 1900 and 1945 and in British history throughout the twentieth century. In the past I have published books and articles on various aspects of the First World War.

A War of Peoples, 1914-1919 provides a new perspective on the First World War, offering a concise narrative of the war from the first military actions in July 1914 until the signing of the peace treaty by Germany in July 1919. Adrian Gregory considers the sources of information available to historians and the ways in which historians have written about the war for over fifty years.

What was it that the British people believed they were fighting for in 1914–18? This compelling history of the British home front during the First World War offers an entirely new account of how British society understood and endured the war. Drawing on official archives, memoirs, diaries and letters, Adrian Gregory sheds new light on the public reaction to the war, examining the role of propaganda and rumour in fostering patriotism and hatred of the enemy.

I would like to hear from potential DPhil students regarding British and European history since 1850, global and imperial history and history of war.