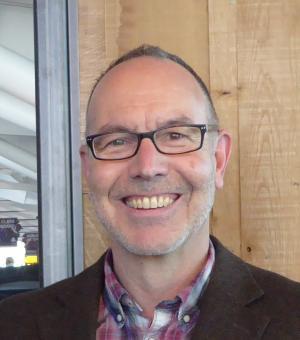 My research and publications have concentrated on the social and cultural history of modern Russia and the Soviet Union. I have been most interested in the history of sexualities and gender in modernising Russia, and particularly the role of medicine and law in shaping the regulation of sexual and gender dissent and conformity. I have explored the history of homosexuality in tsarist and Soviet Russia, the nature of masculinity under socialism, and the problems of sexual disorders and sexual violence in twentieth-century Russia. Soviet penal systems and their medical services are a recent interest. I would welcome postgraduates wishing to work in these areas.

My published work in these areas includes the books Homosexual Desire in Revolutionary Russia: The Regulation of Sexual and Gender Dissent (Chicago, 2001), with a Russian translation issued in 2008, and Bolshevik Sexual Forensics: Diagnosing Disorder in the Clinic and Courtroom, 1917-1939(DeKalb, Il., 2009). I continue to publish on the history and politics of lesbian, gay, bisexual and transgender (LGBT) Russia. Recently I have begun a study of the history of medicine in the Stalinist Gulag. I am interested in the range of medical services, personnel, and practices in the Soviet forced-labour camp system, and how medicine was experienced by prisoners as patients. More details can be found in the Research tab.

My latest book, Russian Homophobia from Stalin to Sochi, (Bloomsbury Academic), looks at the recent politics of homophobia in Russia in historical perspective. Taking the view that modern political homophobia began in Russia with Stalin’s rule, the book explores the fate of the queer in Stalin’s Gulag camps, the social and psychological worlds that queer men and women inhabited under the Soviet regime, and the rise in visibility of LGBT Russians at the end of the twentieth century. It concludes by examining the obstacles to understanding Russia’s queer past, and considering prospects facing LGBT Russians hoping for a queerer future.

I have long had an interest in the Soviet Gulag forced-labour camp system, and in particular, its medical services and their history. My project, ‘Medicine in the Gulag Archipelago, 1930-1960’ uses new archival sources to explore this topic. The 'Gulag Archipelago' or network of Soviet forced-labour camps spanned the length and breadth of the Soviet Union, and the 'Gulag' became a byword for cruelty and human degradation. Yet at the same time new sources from the camp system itself reveal the operation of an extensive and surprisingly sophisticated medical service. Embedded in the organisation of the secret police who ran the camps, the Gulag's medical clinics, stations and hospitals present a puzzle for the historian: why have these places of apparent humanity in the midst of suffering and high mortality? This project uses the archives of the Gulag's Sanitary Department, its embedded medical service, as well as the local archives of camps in far flung regions of the Soviet Union. I also draw upon doctors' and nurses' published and unpublished memoirs, on museum collections, and on the reminiscences of prisoner-patients and prisoner-medics. I explore the establishment and evolution of the camps' medical service, the practices of its socially and politically diverse staff, and the impact it had on police-colonies that eventually became 'ordinary' Soviet cities and towns.

Examining nine 'case histories' that reveal the origins and evolution of homophobic attitudes in modern Russia, Dan Healey asserts that the nation's contemporary homophobia can be traced back to the particular experience of revolution, political terror and war its people endured after 1917.

The book explores the roots of homophobia in the Gulag, the rise of a visible queer presence in Soviet cities after Stalin, and the political battles since 1991 over whether queer Russians can be valued citizens.

"'Dramatological' Trauma in the Gulag: Malingering and self-inflicted injuries and the prisoner-patient"

"'Dramatological' Trauma in the Gulag: Malingering and self-inflicted injuries and the prisoner-patient"

After decades of being concealed and downplayed, the Soviet Gulag system is gradually gaining attention. The opening of archives following the fall of the Soviet Union, new editions of testimonial literature, and new media representations have fostered an increased interest in research into the subject.

Homosexual Desire in Revolutionary Russia: The Regulation of Sexual and Gender Dissent (University of Chicago Press, 2001)

Homosexual Desire in Revolutionary Russia: The Regulation of Sexual and Gender Dissent (University of Chicago Press, 2001)

The first full-length study of same-sex love in any period of Russian or Soviet history, Homosexual Desire in Revolutionary Russia investigates the private worlds of sexual dissidents during the pivotal decades before and after the 1917 Bolshevik Revolution. Using records and archives available to researchers only since the fall of Communism, Dan Healey revisits the rich homosexual subcultures of St. Petersburg and Moscow, illustrating the ambiguous attitude of the late Tsarist regime and revolutionary rulers toward gay men and lesbians.

"Violence Shows Risks Of Being Gay In Chechnya"

"Violence Shows Risks Of Being Gay In Chechnya"

“In Search of Vadim Kozin,” (documentary)

“In Search of Vadim Kozin,” (documentary)

“The Story of Homosexuality in Russia”

“The Story of Homosexuality in Russia”

I would like to hear from potential potential Masters students looking at Russian and Soviet History.