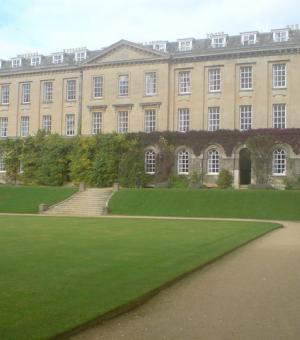 I joined the Faculty in 2006 having spent 13 years at the University of Dundee where I held a personal chair in British history. My research interests are quite diverse, but focus on the political, cultural and social history of Britain and Ireland in the long eighteenth century. My early work was on the rise of the newspaper press and the relationships between print culture and politics.  This led me to a broader interest in the political culture of the British Isles in the central decades of the eighteenth century.  My published work on these themes includes the books Politics and the Rise of the Press: Britain and France 1600-1800 (1996) and Politics and the Nation: Britain in the mid eighteenth century (2002).  Whilst in Scotland, I developed a keen interest in Scottish history, notably the impact of the French revolution on Scottish politics and society, and on British political economy in the eighteenth century.  My work on this includes the book The Scottish People and the French Revolution (2008). More recently, I have been interested in the growth and development of provincial Scottish towns in the later Georgian period, and the impact and diffusion of enlightenment culture and values.  In 2014 the results of this work were published in The Scottish Town in the Age of the Enlightenment, 1740-1820, which won the Saltire Society’s Scottish Book of the Year prize for 2014.  My most recent book is a thematic biography of the radical aristocrat, Lord Daer entitled A Tale of Three Cities: The Life and Times of Lord Daer, 1763-1794 (2015). I am now working on a project on gambling and attitudes towards risk in Britain and the British empire between c.1660 and 1850.

In recent years, my main research focus has been the history of provincial Scottish towns between c.1740 and 1820.  Within this broad area, I have become very interested in changes to the townscape, including new public and private building, changes to material culture, and more widely, the impact on these towns of the Enlightenment. The other recent book writing project was a thematic biography of the aristocratic radical, Lord Daer. I first became interested in him when writing on the impact of the French Revolution on Scottish politics, but have now attempted to use his brief life as a means for exploring various aspects of later eighteenth century Scottish and British intellectual and political culture.  Daer was one of the first pupils of Dugald Stewart, a notable agricultural and urban improver, and also a thoroughly British radical. His worlds are ones which link Edinburgh, Paris and London and a great deal else besides. As part of the research for this book, I have been working most recently on Edinburgh in the 1780s, and I intend to work further on the city in the later Georgian period in coming years. My other main interest is in the social and cultural history of gambling in Britain and the British empire between c.1660-1850. I started researching this topic several years ago now, but my attention was drawn elsewhere in the intervening period. I have resumed work on it, starting with the popularity and success of the lottery in the long eighteenth century, and have written several pieces on this topic. As an aspect of this interest in gambling, I am also looking into the theme of sporting celebrity in the early nineteenth century as a means for thinking about the role of honour and codes of masculinity as crucial contexts for understanding betting practices.

This heavily illustrated and innovative study is founded upon personal documents, town council minutes, legal cases, inventories, travellers' tales, plans and drawings relating to some 30 Scots burghs of the Georgian period. It establishes a distinctive history for the development of Scots burghs, their living patterns and legislative controls, and shows that the Scottish urban experience was quite different from other parts of Britain.

Basil William Douglas, Lord Daer, was a remarkable man who left an indelible impression on those who knew him, including the poet Robert Burns and French intellectual and revolutionary the Marquis de Condorcet. Daer was a restless, energetic spirit in an era of youthful revolution. His political radicalism developed from connections made through his progressive education, his immersion in Scottish Enlightenment ideas at the University of Edinburgh under the tutelage of Dugald Stewart, and his experiences in three great cities: Edinburgh, London and Paris.

I would like to hear from potential DPhil students regarding my research interests.