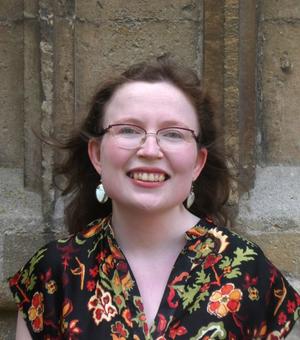 I work on the religious history of the eastern Mediterranean and Middle East. My current British Academy project, 'Saints Across Borders: Remembering Late Antique Ascetics after the Arab Conquests', explores the transformation of the Middle East after the Islamic conquests of the seventh century. I am investigating how the cults of late antique holy men evolved from c.700 to c.1200, both in Syria and Palestine and in Byzantium. Before this, I worked as a Research Associate on the ERC-funded project ‘Stories of Survival: Recovering the Connected Histories of Eastern Christianity in the Early Modern World’ as a Research Associate with a speciality in Syriac. While working on Stories of Survival, I explored questions of religious identity and community belonging in the context of contacts between the Syriac churches and the Catholic Church in a global context. My postgraduate research was focused on late antique hagiography; in 2016 I completed my DPhil thesis on the cult of the sixth-century holy man Symeon Stylites the Younger.

My research focuses on the relationship between saints and society; I am interested in religious history in its broader social and cultural context. My current British Academy project, which I have been working on since 2019, explores the cults of holy men after the Islamic conquests of the seventh century. I have become particularly interested in the monasteries and monks of Palestine, who produced significant amounts of hagiographic material in the eighth and ninth centuries. If read against the grain, these texts reveal widespread insecurities about the value of monasticism in the changing world of the Islamic Middle East. I plan to expand my research into Syria and Byzantium to explore changing attitudes towards sanctity and monasticism across geo-political frontiers.

Hagiography is also at the heart of my first book, which derived from my doctoral research. My monograph, Symeon Stylites the Younger and Late Antique Antioch: from Hagiography to History (Oxford, 2022), explores the cult of Symeon Stylites the Younger, an influential but little-studied holy man who lived in the sixth century near Antioch-on-the-Orontes. I argue that the troubled development of Symeon’s cult reflects the crisis which the disasters that hit the eastern Roman empire in this period caused for holy men and their hagiographers, as they struggled to explain their failure to protect the empire and its inhabitants. I thus hope to provide a new perspective on the much-debated question of the state of the eastern Roman empire in the sixth and early seventh centuries. I am also working on a translation with commentary of the Lives of both Symeon and his mother Martha for Liverpool University Press’s Translated Texts for Historians series.

I am also very interested in early modern eastern Christianity, especially among the Syriac-using communities of the eastern Ottoman Empire. I developed these interests while working as a Research Associate on the ERC-funded project ‘Stories of Survival: Recovering the Connected Histories of Eastern Christianity in the Early Modern World’. The project aimed to explore diverse aspects of the little-studied Christian communities of the Ottoman Empire from c.1500 to c.1750. While working on the project, I focused in particular on the Syriac Christian communities, and on questions of religious identity and belonging in the context of contacts with Catholicism. I am particularly interested in the Chaldean Church, on which I have published in the English Historical Review, and on interactions between the Christian confessions, which I have recently explored in the Journal of Ecclesiastical History. I am preparing an edition of three unique Syriac poems by the second Chaldean patriarch, Abdisho of Gazarta, about his murdered predecessor Yohannan Sulaqa.

Symeon Stylites the Younger and Late Antique Antioch: From Hagiography to History (OUP, 2022)

Symeon Stylites the Younger and Late Antique Antioch: From Hagiography to History (OUP, 2022)

Lucy Parker investigates the tensions that emerged when increasingly ambitious claims about the powers of holy men came into conflict with undeniable evidence of their failures, and explores how holy men and their supporters responded to this. The work takes as its central figure Symeon Stylites the Younger (c.521-592), who, from his vantage point on a column on a mountain close to Antioch, witnessed a period of exceptional turbulence in the local area, which, in the sixth century, experienced plague, earthquakes, and Persian invasion.