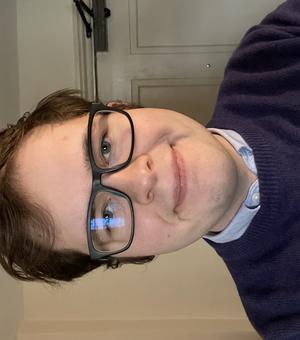 Bio: I am funded by the Aker Scholarship Foundation, where I am one of the recipients of 2021.

Prior to coming to Oxford, I took an MLitt in Early Modern History (Distinction) at the University of St Andrews. Before that I took a BA in History from NTNU the Norwegian University of Science and Technology in Trondheim.

My main research area is university history. My doctoral work is on the cultural history of scholars at the universities of Oxford and Copenhagen in the eighteenth century. Much of the historiography on universities is institutional in character and has neglected the cultural side of university life in the past, which I want to illuminate.

Why Oxford and Copenhagen? They represent to dissimilar university settings in several ways. In terms of location, one located in a town away from the seat of power, the other in a capital city. Whereas Copenhagen was impacted by events on the Continent (and heavily impacted by the Napoleonic wars), Oxford was generally spared. In terms of relation to state, Oxford's relationship to the first two Hanoverian kings was strained, but eased in the course of the century. Copenhagen became firmly entrenched in the growing state bureaucracy under absolutism. In terms of organisation, Oxford with its colleges and powerful heads of houses, Copenhagen with its powerful professoriate and faculties. In size, Oxford was larger than Copenhagen. In the recruitment of students and scholars (their social backgrounds) they also differed. Furthermore, Georgian Oxford is widely viewed as a period of university decline, a view that can be attributed to Edward Gibbon, and that has perhaps been drawn too much out of proportion. It is time to reevaluate Georgian Oxford. And Copenhagen, along with much of early modern Nordic academia, is often peripheral or forgotten in the histories of universities.

My project seeks to compare and evaluate how these, and other, factors impacted the scholarly communities. How scholarly identities were created and performed, constructed and perceived, and how external factors (such as global networks of learning) affected these.