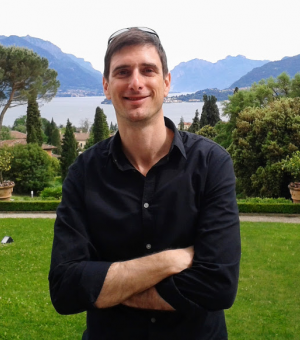 The intellectual and cultural history of Europe in the long eighteenth century (c. 1680-1815) is my main area of research; I am particularly interested in the links between Enlightenment anthropology, theology, and political theory. Other significant aspects of my work include translation and cross-cultural transfer as well as the history of royal academies and exiled intellectuals in the eighteenth century.

I joined the History Faculty and Magdalen College in 2017 after a decade of teaching European History at UCL (University College London). Here I teach undergraduate and postgraduate modules, offer research supervision, co-convene the Enlightenment Workshop research seminar (with Professor Nicholas Cronk of the Voltaire Foundation), and serve on the editorial board of the book series Oxford University Studies in the Enlightenment. Research fellowships have included the Wissenschaftskolleg zu Berlin, the Clark Library at UCLA, the Lichtenberg-Kolleg at the University of Göttingen, and the Enlightenment Research Centre at the University of Halle-Wittenberg (IZEA). In summer 2018 I shall deliver at Cambridge the annual Quentin Skinner Lecture in Modern Intellectual History. 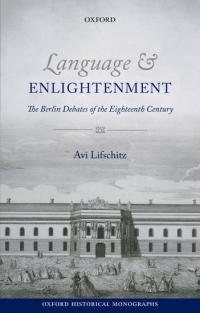 What is the role of language in human cognition? Could we attain self-consciousness and construct our civilization without language? Such were the questions at the basis of eighteenth-century debates on the joint evolution of language, mind, and culture. Language and Enlightenment highlights the importance of language in the social theory, epistemology, and aesthetics of the Enlightenment. While focusing on the Berlin Academy under Frederick the Great, Avi Lifschitz situates the Berlin debates within a larger temporal and geographical framework. He argues that awareness of the historicity and linguistic rootedness of all forms of life was a mainstream Enlightenment notion rather than a feature of the so-called 'Counter-Enlightenment'.

Enlightenment authors of different persuasions investigated whether speechless human beings could have developed their language and society on their own. Such inquiries usually pondered the difficult shift from natural signs like cries and gestures to the artificial, articulate words of human language. This transition from nature to artifice was mirrored in other domains of inquiry, such as the origins of social relations, inequality, the arts, and the sciences. By examining a wide variety of authors - Leibniz, Wolff, Condillac, Rousseau, Michaelis, and Herder, among others - Language and Enlightenmentemphasises the open and malleable character of the eighteenth-century Republic of Letters. The language debates demonstrate that German theories of culture and language were not merely a rejection of French ideas. New notions of the genius of language and its role in cognition were constructed through a complex interaction with cross-European currents, especially via the prize contests at the Berlin Academy.

Lifschitz has made an important contribution to our understanding of the Aufklärung. His book will be required reading for anyone who now wishes to study the subject. At the same time his work will have much to say to scholars of the European Enlightenment and to anyone interested in the history of linguistic thought in the eighteenth century. - Joachim Whaley, History

This impressive monograph provides a powerful and original contribution to the cultural history of Prussia and sustains its author's claim that 'The Academy became a major centre of intellectual regeneration in Germany'. - Tim Blanning, English Historical Review

This book does justice to both the general and the particular and as such is a rare find indeed. - Jonathan Sheehan, Journal of Modern History

Language and Enlightenment is a masterly work of intellectual history, taking ideas seriously and summarising them with great lucidity, while always relating them to cultural, social and political aspects. - Adam Sutcliffe, Journal for Eighteenth-Century Studies 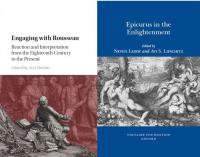 Autumn 2017 sees the publication of the first edited book in English on the significance of Lessing’s Laocoon, one of the seminal texts of the Enlightenment. The book, Rethinking Lessing's Laocoon, includes interdisciplinary insights into the contexts and impact of Lessing’s work; I have co-edited it with Michael Squire (KCL). Currently I am at work on the science of man in the German Enlightenment and on the first modern English edition of a range of philosophical works by Frederick II of Prussia (‘the Great’). In addition, I am co-editing a volume of essays on collaboration between Christian and Jewish intellectuals in Berlin c. 1800 (with Conrad Wiedemann). I am also interested in the prize contests sponsored by royal academies and voluntary societies throughout the eighteenth century.

A paperback edition of my book Language and Enlightenment was published in 2016 by Oxford University Press. In addition, I have edited the volume Engaging with Rousseau (Cambridge University Press, 2016) and a special issue of the journal History of Political Thought, entitled 'Rousseau's Imagined Antiquity' (2016). As co-editor I have published the books Rethinking Lessing's Laocoon (see above) and Epicurus in the Enlightenment (with Neven Leddy; Voltaire Foundation, 2009).

I would be glad to hear from prospective DPhil and MPhil students interested in the European Enlightenment, cross-cultural transfer, and other topics concerning eighteenth-century Europe.