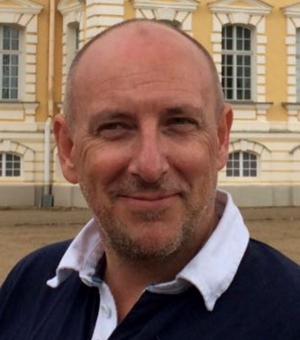 The Gentleman's House in Westmorland and Lonsdale: Architecture, Commerce and Social Mobility in the English Lake District, 1770-1830

My research as a DPhil student at Lincoln College focuses upon the Classically derived Georgian houses of the English Lake District and their builders. Primarily financed through overseas trade and subsequent industrial enterprise, my work will consider the commercial networks which developed in the region through international commodity trade in the North Atlantic, the Mediterranean and the Baltic.

Until very recently, the smaller Classical house has been largely overlooked reflecting a literary bias towards the larger country house. Recent research has demonstrated the importance of such houses as a means of asserting gentle social status within English polite society during the long-eighteenth century.

Initially built by the landed gentry, by the mid-18th century building had spread to include gentlemen on either side of the landed social divide. By the late-eighteenth century they were widely adopted by newly emerging commercial elites reflecting an increasingly confident mercantile identity and taste. The resulting houses, their pleasure gardens, and estates have had an enduring impact on English architecture, landscape, material culture, and society.

Adopting a multi-disciplinary approach my research considers the choice of architectural style, interior finish and furnishings displayed throughout these houses together with the arrangement of their plan and their setting within the landscape. Beyond an architectural study, my work aims to reveal how such houses can evidence contemporary attitudes towards identity and social mobility within these emerging elite groups.

My writing will focus on the important group of Classical houses which developed in the English Lake District and on the elites which built them between c.1770 and c.1830 following expansion in overseas trade through the port of Liverpool and increasing industrialisation of its hinterland within Lancashire. Locally controversial when built, these houses and the widespread Picturesque re-landscaping which surrounded them have left a legacy which now helps define the region and formed an important element in securing World Heritage status for the Lake District.

This research builds upon the work which I submitted for an MA in Antiques and a subsequent Postgraduate Certificate in Architectural History at Oxford, both of which were awarded Distinction. The latter included a case study which revealed the relationship between the incremental increase in social status of a family (from yeomen to gentry through overseas merchant trade), and the architectural development of their Classical Georgian house in the English Lake District. This work, which was originally submitted as a dissertation under the supervision of Dr. Paul Barnwell: G.D. Fairclough, "The Development of Ashton House in the Long-Eighteenth Century, 1678-1830" (Dissertation, University of Oxford, 2015), is currently being considered for book publication.

The contemporary national proliferation of Classical houses has recently been identified as a central feature of English architectural expansion. Such houses have received little academic consideration, but knowledge is developing in the light of recent research, to which this work seeks to contribute.