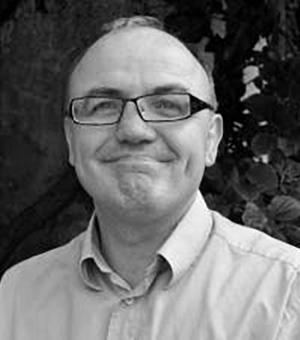 I was born in Cardiff and educated in South Wales. My first experience of Oxford was as an undergraduate at Lincoln College, reading for a B. A. in Modern History. I then transferred to Brasenose College to take an M. Phil. and D. Phil. in early modern history, completing the latter in 1991. London then beckoned and I spent four years at the History of Parliament Trust, followed by three years at the Centre of Metropolitan History, a department within the University of London. In 1998 I returned to Lincoln, and live near Oxford.

At undergraduate level, I teach a wide range of courses, broadly within the period 1500-1800. I principally concentrate on political and social history, although I do cover economic and cultural topics as well. At Lincoln I currently teach our first-year undergraduates for Historiography (Machiavelli), British History 1685-1830, and the Theories of the State paper. For second and third years I also teach Disciplines of History; European History 1618-1799, and a number of specialist options, including the further subjects on eighteenth-century London, and on the Age of Jefferson. For several of these courses I give lectures or supervise classes at a university-wide level.

My research interests broadly rest with the political and social development of the English state from 1650 to 1750. Having studied the English civil war as an undergraduate, I was interested to see how the state managed to overcome the bitter factionalism of the 1640s and 1650s, at both a national and local level. My doctoral thesis concentrated on a leading provincial town, and allowed me to explore the relationship between politics at the centre and at the periphery. My work suggested that "national" historians have perhaps underestimated the impact which local and regional circumstances could have on political developments in this period, and that the very notion of "politics" needs to be expanded to encompass the significance of social and economic factors in determining allegance. In order to probe these issues further I undertook a study of the English merchant from 1660-1720, so that I could measure the responsiveness of the English state to contemporary commercial and political change. I then pursued these themes by focusing on the City of London and have since widened my interests to incorporate Britain's imperial experience. Historians, led by Lincoln's Paul Langford, have viewed Georgian Britain as a "polite and commercial people", and I hope that my research will help us understand how that came about.

For some time before his death in July 2015, former colleagues and students of Paul Langford had discussed the possibility of organising a festschrift to celebrate his remarkable contribution to eighteenth-century history. It was planned for 2019 to commemorate the thirtieth anniversary of the appearance of his seminal A Polite and Commercial People, the opening volume in the New Oxford History of England series, Paul's best-known and most influential publication.

his first-ever biography of William Beckford provides a unique look at eighteenth-century British history from the perspective of the colonies. Even in his own time, Beckford was seen as a metaphor for the dramatic changes occurring during this era. He was born in 1709 into a family of wealthy sugar planters living in Jamaica, when the colonies were still peripheral to Britain. By the time he died in 1770, the colonies loomed large and were considered the source of Britain's growing global power.

I would like to hear from potential DPhil students regarding any fields related to me research or any potential Masters students looking at Eighteenth Century Atlantic World and British History.