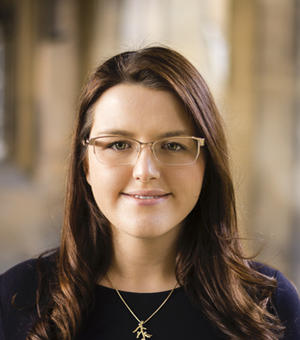 My research lies in international economic history since 1800, and the diplomatic relations between Britain, Europe, and the United States. I joined New College in October 2019 as the Rank-Manning Junior Research Fellow, and was previously a Bye-Fellow in History at Fitzwilliam College, Cambridge. Prior to my postdoctoral work, I read for a BA in History at Durham, and completed my MPhil and ESRC-funded PhD at St John's College, Cambridge.

My research is broadly concerned with the history of state-building, capital markets, and financial globalization. At present I am engaged in two projects, the first of which is a monograph entitled War, Finance & Diplomacy: Imperial Germany and the Politics of the International Gold Standard, 1834-1914. The study traces the political economy of Germany's path to monetary union, from the creation of the Zollverein in 1834 to the outbreak of the First World War. It investigates Germany's transition to a gold currency, and the reform's far-reaching impact on the country's financial and trading relations with Britain and Europe. The research for War, Finance & Diplomacy draws on over twenty archival collections from Germany, Britain, and the US, and has been supported by the ESRC and grants from the Economic History Society and the German History Society. My second book project is a global history of the gold standard, from its origins in Georgian Britain to the post-war transition to floating exchange rates.

Beyond those two projects, my wider interests include the history of global trade and international cooperation, as well as nineteenth- and twentieth-century economic thought. I am also keenly interested in the relevance of history to public policy, and in 2016 co-organised a two-day conference on Credit, Currency & Commerce, which explored new directions for research into financial capitalism and the political and cultural forces shaping the world economy.