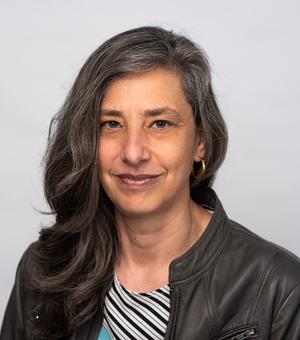 I work on Polish and transnational history of the twentieth century, with particular interest in social and cultural, and, increasingly, intellectual history. My first book was about a Stalin-era new town in Poland, focusing on the everyday politics of this model ‘socialist city’. My current research takes as its starting point a series of enormously popular memoir-writing competitions, organized by Polish sociologists between the two World Wars and targeting traditionally non-literate classes: workers, peasants, the unemployed, etc. Reading the memoirs in light of the global fascination with representations of ‘everyman’ ca. 1930-50, I ask how personal narratives (or testimony) have been used to promote and/or contest varying concepts of subjecthood, rights, justice, or truth at particular historical junctures. In other research, I remain interested in the history of Polish (particularly Polish-speaking) Jews and am involved in a collaborative project on the history of social science and East Central Europe.

Shortly before I embarked upon the study of East Central European history, I had the good luck to spend a year living and working in South Africa – an experience that was quite important, I think, for how I have approached my subsequent research. To begin with, it was clear from the outset that modernity came in many guises and ought not be measured against a single, Northwest European/North American template. So, for example, in South Africa, the almost inconceivably vast disparities in living conditions between cities and rural areas were complicated by highly interpenetrated consumption, labor, and mass-media regimes; thus, South Africa exposed me firsthand to the apparent paradoxes of ‘semi-peripheral’ or ‘uneven’ societies, with insights that carried over very suggestively to East Central Europe in the first half of the 20th century.

Similarly, I was struck in South Africa by the high levels (compared to the US or Western Europe) of political mobilization, especially among young people, and more broadly, the widespread sense that politics, history, ideas actually mattered. On the eve of apartheid’s collapse, hopes for a better future ran high, just as they did in East Central Europe at Versailles or in the aftermath of World War II. In my research, I have been drawn to historical moments like these, when large numbers of people share a palpable sense of the malleability (for the better) of human institutions, the law, and/or the state. Since then, of course, both South Africa and East Central Europe have been through multiple waves of disenchantment and withdrawal from such aspirations, providing more work for historians.

My first book (Unfinished Utopia: Nowa Huta, Stalinism, and Polish Society, 1949-56, 2013) considered some these themes through the lens of the Stalinist social revolution in post-World War II Poland. My current monograph-in-progress (tentatively: The People Write! Polish Everyman Autobiography from the Great Depression to the Holocaust) reaches back to the decades straddling the war. It focuses on Polish ‘social memoir’ – autobiographies of ordinary people collected through prize competitions – and the political, literary, legal, and scientific projects in which they were embedded.

My other current projects similarly explore questions of narrative, knowledge, and power in the period ca. 1930-50. These include (with Małgorzata Mazurek and Joanna Wawrzyniak) an attempt to re-write the history of twentieth-century social science from the margins, arguing that East Central European thinkers parlayed local and regional ‘epistemologies of in-betweenness’ into global social scientific paradigms. Another project, undertaken during a stay at the Vienna Wiesenthal Institute, allowed me to think about Holocaust and World War II documentation, including the ramifications of interwar Polish social memoir for the emergence of the new genre of testimony, as well as begin work on translating (with Anna Muller) the wartime chronicle of interwar radical Halina Krahelska.

Unfinished Utopia is a social and cultural history of Nowa Huta, dubbed Poland's “first socialist city” by Communist propaganda of the 1950s. Work began on the new town, located on the banks of the Vistula River just a few miles from the historic city of Kraków, in 1949. By contrast to its older neighbor, Nowa Huta was intended to model a new kind of socialist modernity and to be peopled with "new men," themselves both the builders and the beneficiaries of this project of socialist construction.

'The People Write! Polish Everyman Autobiography from the Great Depression to the Holocaust’

'The People Write! Polish Everyman Autobiography from the Great Depression to the Holocaust’

‘The People Write! Polish Everyman Autobiography from the Great Depression to the Holocaust’:

‘The People Write! Polish Everyman Autobiography from the Great Depression to the Holocaust’:

I would be happy to hear from potential Dphil students  working on modern East Central or Southeastern Europe, Poland, Habsburg history, or international history with an East Central European angle.