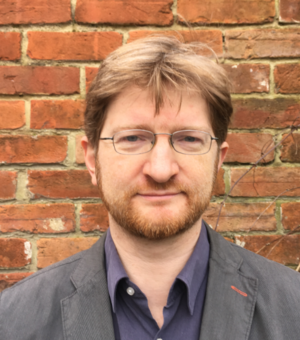 My research focuses on the role of ideas in political and policy debates in the twentieth century, chiefly in the UK but I have also written about the United States and continental Europe. I have worked on three main projects. First, the political thought of socialism and liberalism in Britain across the twentieth century, especially my first book, Equality and the British Left (2007), which investigated the debates about economic inequality that lay behind the rise of the welfare state. Second, the political and economic ideas of the neo-liberal right from the mid-twentieth century onwards. I am interested in both the transnational networks that generated neo-liberal theory and the emergence of Thatcherism in the UK. With Robert Saunders, I co-edited Making Thatcher’s Britain (2012), which was an early attempt to historicise the Thatcher government. I have also co-edited (with Aled Davies and Florence Sutcliffe-Braithwaite) The Neo-Liberal Age? Britain Since the 1970s (2021), which debates how useful the concept of ‘neo-liberalism’ is for understanding recent British history. Third, I have worked on Scottish history, focusing on the history and politics of Scottish nationalism. This led to my second book, The Case for Scottish Independence: A History of Nationalist Political Thought in Modern Scotland (2020), which traces the evolution of Scottish nationalist ideology from the interwar period to the 2014 referendum on Scottish independence.

I teach undergraduate papers in modern British history and the history of political thought. I supervise Masters and DPhil students working on topics in modern British political history, twentieth-century British social and economic policy, and the history of modern political and economic thought. I am happy to hear from prospective research students interested in working in these fields.

I am the Co-Editor of Political Quarterly and I serve on the Editorial Advisory Boards of the Journal of British Studies; Renewal; and Twentieth Century British History. Within the university, I am a convener of the Political Thought Seminar and of the Modern British History Seminar.

The late twentieth and early twenty-first centuries are commonly characterised as an age of ‘neoliberalism’ in which individualism, competition, free markets and privatisation came to dominate Britain’s politics, economy and society. This historical framing has proven highly controversial, within both academia and contemporary political debate. This book draws together leading historians to examine how useful the concept of ‘neoliberalism’ is to analysing Britain’s recent past.’

The Case for Scottish Independence: A History of Nationalist Political Thought in Modern Scotland (CUP, 2020)

The Case for Scottish Independence: A History of Nationalist Political Thought in Modern Scotland (CUP, 2020)

Scottish nationalism is a powerful movement in contemporary politics, yet the goal of Scottish independence emerged surprisingly recently into public debate. The origins of Scottish nationalism lie not in the medieval battles for Scottish statehood, the Acts of Union, the Scottish Enlightenment, or any of the other familiar historical milestones that regularly crop up in debates about Scottish identity.

The demand for equality has been at the heart of the politics of the Left in the twentieth century, but what did theorists and politicians on the British Left mean when they said they were committed to 'equality'? How did they argue for a more egalitarian society? Which policies did they think could best advance their egalitarian ideals? Equality and the British Left provides the first comprehensive answers to these questions.

Margaret Thatcher was one of the most controversial figures of modern times. Her governments inspired hatred and veneration in equal measure and her legacy remains fiercely contested. Yet assessments of the Thatcher era are often divorced from any larger historical perspective. This book draws together leading historians to locate Thatcher and Thatcherism within the political, social, cultural and economic history of modern Britain.

In 1931, the British Academy elected its first female fellow, Beatrice Webb. A sociologist, economist and social reformer, she was one of the four founders of the London School of Economics. In this episode, Professor Jose Harris FBA and Dr Ben Jackson take a closer look at Webb’s extraordinary life and legacy.

The Case for Scottish Independence

The Case for Scottish Independence

Online Book Launch of Ben Jackson’s The Case for Scottish Independence: A History of Nationalist Political Thought in Modern Scotland

Online Book Launch of Ben Jackson’s The Case for Scottish Independence: A History of Nationalist Political Thought in Modern Scotland

Scotland and the Union, Start the Week

Scotland and the Union, Start the Week