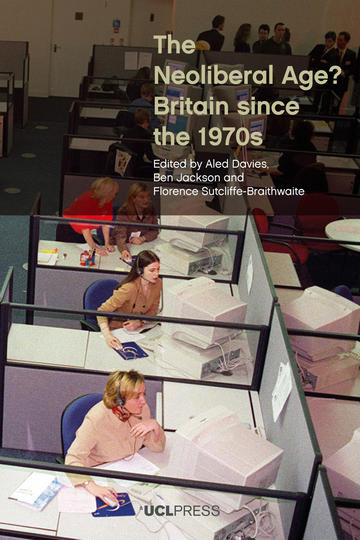 The late twentieth and early twenty-first centuries are commonly characterised as an age of ‘neoliberalism’ in which individualism, competition, free markets and privatisation came to dominate Britain’s politics, economy and society. This historical framing has proven highly controversial, within both academia and contemporary political and public debate.

Standard accounts of neoliberalism generally focus on the influence of political ideas in reshaping British politics; according to this narrative, neoliberalism was a right-wing ideology, peddled by political economists, think-tanks and politicians from the 1930s onwards, which finally triumphed in the 1970s and 1980s. The Neoliberal Age? suggests this narrative is too simplistic.

The analysis thus takes neoliberalism seriously but also shows that it cannot be the only explanatory framework for understanding contemporary Britain. The book showcases cutting-edge research, making it useful to researchers and students, as well as to those interested in understanding the forces that have shaped our recent past.