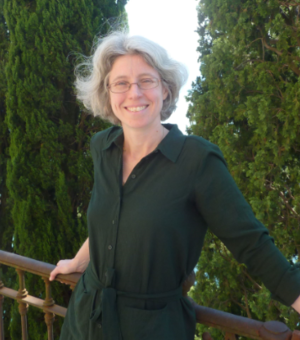 I am an historian of religion, power and intellectual life in medieval Europe. I have been involved in developing the field of global medieval history, and new approaches to historical study that speak to the concerns of the mounting climate and environmental crisis.

My first monograph, Roger Bacon and the Defence of Christendom, was a revisionist study of the English Franciscan, Roger Bacon, his reform programme and his environment. A recent Past & Present article, 'Globalising Cosmologies', written with the Aztec specialist, Caroline Dodds Pennock, explores what it might mean for societies to conceive of themselves 'globally' in the medieval period, and what impact such a view of medieval thought might have on our current understanding of 'globalisation' as a specific historical process or a quality of modernity. Building on the work of the AHRC-funded network, Defining the Global Middle Ages, I am involved in collaborative discussions around the idea of ‘medieval Zomias’ – how one might think about ‘stateless’ spaces in the global middle ages.

I am currently working on a monograph, Medieval Histories of the Anthropocene, which explores questions concerning the relations between religion, power and the construction of public rationality in the building of medieval states across Eurasia. I am interested in how these centralising processes consciously dislocated humans from local ecosystems and specific and sustainable practices, while creating powerful and enduring narratives about civilisation, barbarism, and the use of resources.

A related, partly collaborative, series of projects ask about the future of our discipline, and of Humanities and Social Sciences more generally, in the politically, economically and ecologically unstable period that we are now entering. These include co-convening the Oxford-based Climate Crisis Thinking in the Humanities and Social Sciences network, and the Anthropocene Histories seminar series at the Institute of Historical Research, and co-ordinating the 'Climates' special thematic strand for the 2021 International Medieval Congress at the University of Leeds.

I have written and spoken widely on the contributions that historical perspectives can make to addressing climate change through better understanding of its "anthropogenic" causes, including: The Conversation; Times Higher Education; on Climate in the history curriculum for the Royal Historical Society blog. I have engaged with the scientific community through presentations at academic conferences; as a contributor to Mock COP26 and at the Climate Expo, which will showcase the latest thinking and most relevant international climate research in the run-up to COP26.

I have also appeared on Radio 4's In Our Time and contributed to Lapham's Quarterly.

Roger Bacon and the Defence of Christendom (Cambridge, 2012)

Roger Bacon and the Defence of Christendom (Cambridge, 2012)

The English Franciscan Roger Bacon (c.1214–92) holds a controversial but important position in the development of modern science. He has been portrayed as an isolated figure, at odds with his influential order and ultimately condemned by it. This major study, the first in English for nearly sixty years, offers a provocative new interpretation of both Bacon and his environment.

Climate in the History Curriculum

Climate in the History Curriculum

To prepare climate strikers for the future, we need to rewrite the history books

To prepare climate strikers for the future, we need to rewrite the history books

Climate change: narrate a history beyond the ‘triumph of humanity’ to find imaginative solutions

Climate change: narrate a history beyond the ‘triumph of humanity’ to find imaginative solutions

In Our Time: Roger Bacon

In Our Time: Roger Bacon

In our Time, BBC Radio 4

The ideals of the Middle Ages are still holding back scholars

The ideals of the Middle Ages are still holding back scholars

Under Watchful Eyes: The medieval origins of mass surveillance.

Under Watchful Eyes: The medieval origins of mass surveillance.

In Our Time: 'Prester John'

In Our Time: 'Prester John'

In our Time, BBC Radio 4

Climate Crisis Thinking in the Humanities and Social Sciences

Climate Crisis Thinking in the Humanities and Social Sciences