Until very recently the focus of 'global history' has been on the origins of the modern world. Yet several features associated with 'modern' and 'early modern' global history (e.g. long-distance commercial interaction, voluntary and forced migration, multi-ethnic empires, and the transmission of cultural forms) were clearly also present in the centuries before 1500. As scholarly and popular interest mounts in pre-modern forms of global history, this network organised by historians at the Universities of Oxford, Birmingham and Newcastle is devoted to an exploration of the 'Global Middle Ages'. 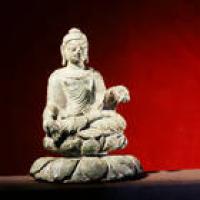 Medieval global history is a fledgling field. Medievalists have yet to establish even the most basic definitions of what ‘global’ means for their period. The scope of the discipline (including periodisation), methods, treatment of evidence, and the potential and limitations of adopting a global perspective remain sketchy. Eurasia dominates what discussion there is, leaving little space for Africa or the Americas. It is not clear that linking the medieval period to themes and processes in earlier or later periods of global history is productive.

Unquestioning application of theories and models from other contexts may indeed occlude and distort medieval globalisms, particularly the creative tension between the local and the global.

Rather than relying on interpretative frameworks from other historical periods we wanted to analyse the global as it was experienced in the Middle Ages. Our network brought together scholars in history and archaeology from across the UK with expertise in different regional evidence bases and historiographies. International visiting experts lent support to our discussions, through a series of workshops we sought to establish just what was ‘global’ about the ‘Middle Ages’.

We hoped that these discussions would enable more narrowly focused projects of the future in any period (modern, early modern, medieval or ancient) to engage with a set of debates, questions and definitions generated by medievalists rather than by vague assumptions about the pre-modern world.

The materials relating to each workshop including reports are made available on the website quoted above.

The project was sponsored by the Arts and Humanities Research Council (AHRC), The John Fell Fund, The History Faculty of the University of Oxford, and The Centre for the Study of the Middle Ages (College of Arts and Law) at the University of Birmingham.