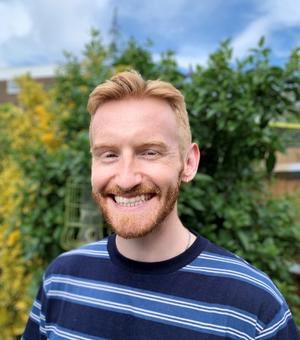 Freedom at the Electronic Frontier: Cyberlibertarianism at the Dawn of the Information Age

When a ragtag mob of Trump supporters stormed the US Capitol in January 2021, world media looked on aghast as the strange banners and symbols of online conspiracy theorists - those of the "boogaloo boys," "Kekistan," and "Q" - were triumphantly paraded around America's grand legislative temple. But although January 2021's events belong to the contemporary moment, the central role played by online communities in recent events was, from one perspective, a consequence of the strong libertarian, paleoconservative, and far-right presence in cyberspace dating back to the 1980s. Where there is now 8kun and 4chan, there was once Usenet and the Cypherpunks Mailing List. In the 1980s and 1990s, however, many onlline libertarians greeted the emergent Internet in utopian terms. And viewing decentralised networks as a potent tool for undermining  state power, these "cyberlibertarians" shaped mainstream understandings of cyberspace considerably. Making use of web archives and printed sources, my DPhil project examines the development of "cyberlibertarianism" in relation to wider neoliberal, conservative, and utopian ideas, c.1980-2001.

Importantly, just as the Capitol's besiegers spanned free-marketeers, alt-right conspiracists, and neo-Nazi white supremacists, cyberlibertarianism has always mobilised a diverse - and fractious - array of actors, narratives, and concepts. Countercultural idealism forged alliances with high finance. Competing visions of freedom and utopia were laid out in academic texts, the traditional press, and on pre-World Wide Web chat forums and mail lists. Former hippies, stock-market gurus, and "cypherpunk" cryptocurrency activists collided over issues of net neutrality, intellectual property, and the virtues of big business throughout the latter days of the Cold War and into the "End of History" era.  As such, my project pays particular attention to the different strands of cyberlibertarian thinking, tracking conflict and compromise as technological, political, and cultural contexts shifted rapidly with the Internet's growth and development.

Supported by the Arts & Humanities Research Council and Wadham College, I began work on this DPhil project in early 2021. Before this, I completed a BA in history at Oxford's Pembroke College, followed by an MSc in the history of science, medicine, and technology at St Edmund Hall where I focused on the history of technocracy, cybernetics, and counterculture, supported by the Ertegun Graduate Scholarship Programme in the Humanities. Outside academia, from 2018-19 I worked in London for a Pembroke-led Oxford access and outreach intiative, OxNet, which seeks to widen participation in higher education among historically disadvantaged groups. I continue to have a keen interest in university access, and would therefore welcome opportunities to contribute to any intiatives where I might be useful.