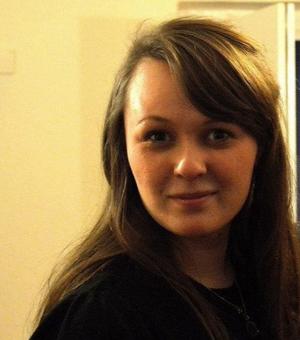 These texts form the majority of the source base for medieval Calabria, although I also make use of sources written in Greek, Latin, Hebrew, and Arabic from the surrounding regions. They are, therefore, often our only sources for a period of great social change in southern Italy, as the Arabs conquered Sicily and menaced the mainland, as Byzantine authority and interest in the region fluctuated wildly, as the Ottonians attempted to extend their power in Italy, and as the Normans colonised, imposing the Latin language and the Latin Church on the Greek south.  However, scholarship has largely approached them in one of three ways: as empirical records of miracles or other saintly works; as sources of quantitative data on categories such as the diet, economy, demography etc. of Calabria; as databases of words which, if taken individually, tell us something about medieval Calabrian Greek and/or modern Calabrian Italian.

My thesis, in contrast, approaches these texts as stories which had lives and audiences outside of monasteries and which were shaped by community storytelling and collective memory. I argue that they occupied the same conceptual space in Calabrian communities as secular/'secular' mythology and folk- and fairy-tales. That is, that they were the way in which local history was transmitted, local identity was articulated, and communities' interaction with the landscape which surrounded them was defined.

I suggest that an ‘environmentally-critical’ reading of the texts can be used to illuminate Calabrian ideas of memory, identity, and community during this period by focusing on the portrayal of both the physical and conceptual landscape in the texts. My approach to the texts combines literary-critical elements such as ecocriticism with methods drawn from human geography and environmental history, cultural anthropology, the anthropology of memory, and folklore and mythology studies.

My secondary interests are the reception and portrayal of the far south of Italy in modern Italian cultural discourse and the life of Matilda of Canossa.

I am interested more broadly in Byzantine and Early Medieval history, hagiography, historical geography, comparative folklore studies, and cultural history. I am always keen to debate comparative questions on the history of religious pluralism and identity in frontier societies.

Outside of my academic research, I am determined to improve the accessibility of Byzantine Studies to students and lay-readers alike. I am passionate about the translation of foreign-language sources into English, and work on this myself, and about challenging the underlying Eurocentric assumptions in medieval studies that lead to Byzantine history being relegated from medieval curricula. I would be delighted to be contacted by western medievalists wishing to work collaboratively on this matter.