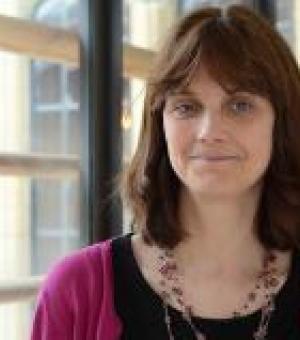 I am a historian of the politics and the culture of the Mediterranean world, including Byzantium, between the tenth and early fifteenth centuries. I am particularly interested in frontiers, in relations between different religious and ethnic groups, in comparative political culture, and in the Global Middle Ages. 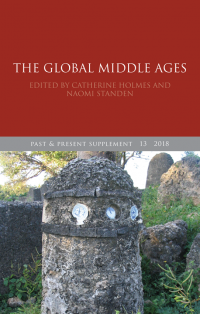 Global history did not begin with the European voyages of discovery. It did not start in the nineteenth century with a great divergence between the West and China. It is not synonymous with a globalization narrative. If we are to realise the full potential of a global approach to history then we must extend our chronologies and geographies. Bringing together historians and archaeologists of Africa, the Americas and Eurasia, this Supplement focuses on the abundant evidence for behaviour and interaction on a global scale in the millennium before 1500. The contributors exploit impulses such as connectivity and comparison, but do not seek direct analogies and connections between the Middle Ages and the global history of other periods. Instead, the social interactions, expectations and demands of people around the globe are foregrounded in chapters which explore recording cultures, cosmologies, networks, mobilities, value, trust, political mediation, settlements and cultural transmission. From these foundations, the Global Middle Ages are presented as a period of dynamic change and experiment, characterised by multiple options and potential pathways, when no single part of the world achieved hegemonic status, and when there is little evidence for the inevitability of a world order defined by globalization. The Global Middle Ages makes sense in two vital ways: first, as a period with distinctive characteristics; and, second, as a concept to think with, which is at its most powerful when scholars work collaboratively, inclusively and without eurocentric bias.

Byzantines, Latins and Greeks in the Eastern Mediterranean World after 1150 (ed. with J. Harris and E. Russell) (Oxford, 2012) 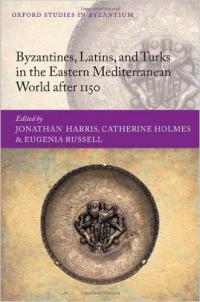 The late medieval eastern Mediterranean, before its incorporation into the Ottoman Empire in the sixteenth century, presents a complex and fragmented picture. The Ayyubid and Mamluk sultanates held sway over Egypt and Syria, Asia Minor was divided between a number of Turkish emirates, the Aegean between a host of small Latin states, and the Byzantine Empire was only a fragment of its former size. This collection of thirteen original articles, by both established and younger scholars, seeks to find common themes that unite this disparate world. Focusing on religious identity, cultural exchange, commercial networks, and the construction of political legitimacy among Christians and Muslims in the late Medieval eastern Mediterranean, they discuss and analyse the interaction between these religious cultures and trace processes of change and development within the individual societies. A detailed introduction provides a broad geopolitical context to the contributions and discusses at length the broad themes which unite the articles and which transcend traditional interpretations of the eastern Mediterranean in the later medieval period.

Basil II and the Governance of Empire (Oxford, 2005) 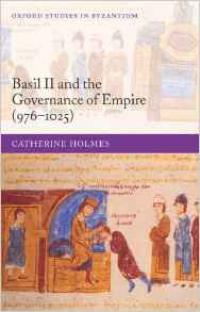 This is the first book-length study in English of the Byzantine emperor Basil II. Basil II, later known as 'Bulgar-slayer', is famous for his military conquests and his brutal intimidation of domestic foes. Catherine Holmes considers the problems Basil faced in governing a large, multi-ethnic empire, which stretched from southern Italy to Mesopotamia. Her close focus on the surviving historical narratives, above all the  Synopsis Historion of John Skylitzes, reveals a Byzantium governed as much by persuasion as coercion. This book will appeal to those interested in Byzantium before the Crusades, the governance of pre-modern empires, and the methodology of writing early medieval political history.

Literacy, Education and Manuscript Transmission in Byzantium and Beyond (ed. with J. Waring) (Leiden, 2002) 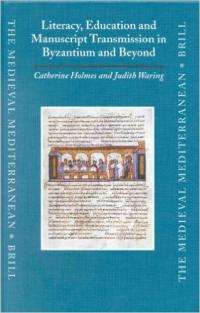 This collection of papers offers a variety of new perspectives on the related topics of literacy, education and manuscript transmission in Byzantium and among neighbouring cultures by analysing recently discovered or rarely consulted sources materials.

In 2005 I completed a monograph on Byzantine politics, government and historiography: Basil II and the Governance of Empire, 976-1025. My current research involves reinterpreting the eastern Mediterranean world that was created in the later Middle Ages by the collapse of Byzantium and the rise of the Ottomans. In 2012 I published an edited book in this field with Jonathan Harris and Eugenia Russell: Byzantines, Latins and Turks in the Eastern Mediterranean World after 1150. I have also become intrigued by the possibilities of medieval history on a global scale. Together with Naomi Standen (Birmingham) I ran an AHRC-funded network of medieval historians and archaeologists with interests in 'Defining the Global Middle Ages' (2012-15). The project members are now co-writing a book on this subject: Before Columbus. Towards a Global Middle Ages. I am also the co-convenor of a project which compares the political cultures of Byzantium, the medieval Islamic world and the Latin West.  I am one of the editors of The English Historical Review.

I would be willing to hear from potential DPhil students regarding: