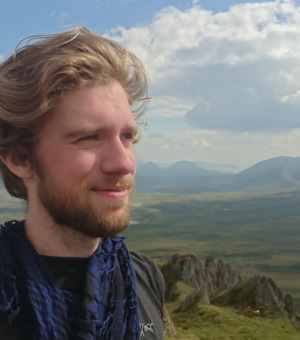 Landscapes of the Witches' Sabbath: Space, Place, and Fantasy in Early Modern Europe, 1500-1750

For the past five years, I have been studying the witch trials of Zug, Switzerland in the Early Modern Period between 1559 and 1748, with a specific focus on the ways in which geography, space, and place affected the trials and the mentalités of the common people found at the heart of the documents. My Master's Thesis, "Mapping Maleficia: The Borders of Witchcraft and a Woman's World through the Witch Trials of Zug, Switzerland, 1737-1738" (University of Northern British Columbia, 2021) examined these concepts on a microhistorical level through Zug's last major witch hunt that saw the city's last executions for the crime of witchcraft. Using the trial documents, I explored how the lower status people interacted with the world around them, examining how fear, anxiety, and worldviews were demonstrated spatially upon the landscape. This spatial analysis was expanded upon and visualized through the use of GIS mapping, creating a map of all of the locations discussed in the trial documents in a process I have termed Archival Source Mapping. These maps were used as new frameworks of analysis of both concepts of witchcraft and the mentalités of lower status people living in eighteenth-century Switzerland.

My DPhil research aims to expand upon this spatial approach to research into witch trials, but with a focus on the fantasy of the witches' sabbath. Using the trial records from the Canton of Zug, Switzerland, the Prince-Bishopric of Bamberg, Germany, and the Pays de Labourd, France, I will be exploring the spaces in which the sabbath fantasy is set. In examining these sources, I will demonstrate the ways in which common people and demonologists alike imagined marginal spaces in their worlds and constructed a sense of place in the world around them. By comparing these three regions, I hope to provide insight into the sabbath fantasy across the European continent in locations with varying geographies, cultures, and approaches to belief in witchcraft.

Born and raised in Prince George, British Columbia, Canada (unceded territory of the Lheidli T'enneh First Nation) I am a three time alumnus of the University of Northern British Columbia, attaining a Bachelor of Arts (History, 2017), Bachelor of Education (Secondary Education, 2019), and Master of Arts (History, 2021) over my career at UNBC. During this time, I co-founded the Northern Historical Conference, the only student run History Conference in Western Canada, served a number of roles in the Northern Historical Student Society (NHSS) Executive Team between 2014 and 2020, and worked as a Teaching Assistant and Instructor within the UNBC Department of History.

A teacher by trade, though I am officially trained as a high school History teacher, I have taught every age from Kindergarten to upper level undergraduates.

Outside of my research specialization, I am deeply interested in the history of the Silk Roads, the Islamic Golden Age, Religious history, Canadian history (with a specific focus on Indigenous Peoples), digital humanities, and public history.

If you have any questions about my research, my areas of interest, or my past experiences, please send me an email.