International Conference: What Was Iberian Asia? New Perspectives on Spanish and Portuguese Exploration 1500-1700 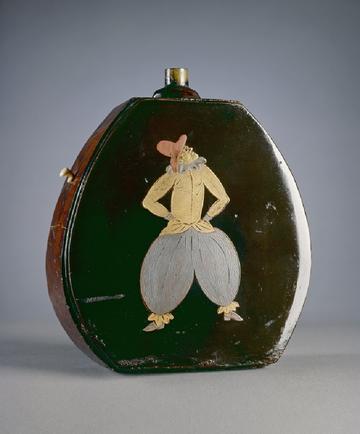 Global history has encouraged the recovery of the centrality of Asia in the early modern world, as well as the emergence of new comparative and connected approaches to Spanish and Portuguese exploration. Scholars today tend to speak of ‘Iberian world’, yet the picture that has been produced so far clearly lacks in balance as most of the research in the field keeps focusing on the Iberian Peninsula and colonial Latin America. Thus, in spite of a growing interest in the Spanish Philippines and the current development of Pacific Studies, works on the Iberian presence in Asia as a whole are still the exception, and so are reflections on the advantage and limitations of considering the Spanish or Portuguese imperial experience in such a complex area of the globe as part of a broader Iberian history. This conference aims to correct this trend and reposition the study of the Iberian world between 1500 and 1700. In particular, we seek to explore continuities and differences within Iberian Asia and discuss its relationship with the other half of the Iberian globe. We are also strongly interested in the different local perspectives on the Iberian presence. At the same time, it is our belief that only a focus on the multiple social dynamics that shaped Iberian Asia, and more generally the Iberian world, can really allow us to have a firm grasp of a fluid historical reality and challenge artificial boundaries established by political and institutional history.

General questions that will be addressed include:

1) Can we conceive of an Iberian Asia just as some historians have recently done for the Iberian Atlantic?

2) How far did different power relations existing in Asia alter the big picture of the early modern Iberian world?

3) What impact had the Iberian dynamics in Asia on the overall relationship between Spaniards and Portuguese across the world?

4) Is it possible to write a history of the Iberian presence in Asia on the basis of the multiple ways in which Spaniards and Portuguese were perceived from inside and outside?

5) What were the distinctive features of Iberian societies in Asia? And what was the place of Iberians in early modern Asian societies?

6) How does our understanding of processes and events usually analysed as part of the Spanish or Portuguese presence in Asia change when we try to recover the Iberian character?

This conference is organised as part of the programme of activities associated with the stay of Jorge Flores in Oxford as TORCH International Fellow. It is also generously supported by the Oxford Faculty of History, the Oxford Centre for European History, and Exeter College.