Nikita Andersson studied History at Magdalen College. When she graduated in June 2018, she was awarded the Gladstone Prize for best thesis in modern British history. Nikita’s thesis was supervised by Professor William Whyte, and looked at the rise of dyslexia in the latter part of the 20th century. Her thesis touches on the histories of education, disability, the family, parenthood, the psychosocial, non-governmental organisations and activism in post-war Britain. 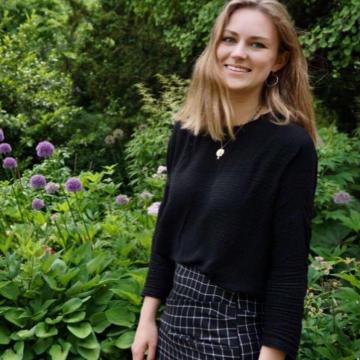 In my first term at Oxford studying history, I was identified as dyslexic. With only a stereotypical understanding of dyslexia, I struggled to fully comprehend what this meant. My curiosity led me to start exploring dyslexia in both social and academic spaces, and I became increasingly intrigued by its history and what it meant to have a hidden disability. When did the diagnosis of dyslexia first come about? Why did it matter, and how did it come to play its current role in the British education system? To my astonishment, I found that the first recorded case of dyslexia in Britain, then known as ‘word blindness’, was published by the British Medical Journal in 1896. Yet, it took just over a century for dyslexia to be formally recognised by the British government.

Taking various modules in my second year that focused on race, gender and culture in the 20th century, I quickly discovered that I was interested in how individuals and societies constructed identities. While I wanted to know more about the relationship between disability, psychology and education, through experiencing different university modules I became drawn to exploring these areas through the lens of personhood. Merging these interests led me to my thesis topic: The Rise of Dyslexia in 20th century Britain.

Speaking with Dr Siân Pooley, one of my Professors at Magdalen, I was introduced to a joint new research project between the Experimental Psychology and History faculties based at St John’s College. The History of Dyslexia project is focused on tracing the origins of dyslexia and creating an archive with a range of different sources including a series of interviews. Having thoroughly enjoyed working with oral testimony in the past, my first step was to get in contact with the archivists and my new thesis supervisor, Professor William Whyte. After an initial discussion, we decided that I could use the interviews to explore various themes in the history of dyslexia such as parenthood, education and advocacy.

Once I had established my primary source base, I decided that it was important to return to the scholarship. Although I had a feeling that I wouldn’t find much, I was shocked by the lack of historiography on dyslexia, specific learning difficulties and disability. At first, finding out that there was next to nothing written about the history of dyslexia terrified me. It felt as though I had an impossible task, but it was also motivating to know that I would be starting an important conversation in the history of British education. After this, I decided that I needed to outline a more specific timeline using both the interviews and other sources. Coupled with extensive scanning of the Daily Mirror and The Times archives, I also visited the London Metropolitan Archives, which gave me access to documents from one of the first centres for remedial support mentioned by interviewees, the Word Blindness Centre. This allowed me to create the timeline for my thesis, which started with the opening of the Word Blindness Centre in 1962 and finished with the formal recognition of dyslexia in parliament in 1987. Using the oral testimonies as a base, I tried to look for as many other sources to compare them to. For example, I was excited to find that one of the interviewees, an actress and dyslexia advocate, had written an autobiography about her struggle with literacy 30 years prior to her testimony. In this way, the sources offered a critical way to think about how individuals with dyslexia created and mobilised their hidden identities to advocate for political and educational change in Britain.

I found that writing my thesis encouraged me to explore history through a relatively untouched lens. It also highlighted the importance of having more thoughtful conversations about disability, accessibility and identity in our current society and education systems. In this way, my thesis played a critical role in my decision to apply for a Masters in Technology, Innovation and Education at Harvard Graduate School of Education, where I am currently taking a class entitled ‘Implementing Inclusive Education’ by U.S. policymaker Thomas Hehir. If you’re interested in reading more about the intersection of disability studies and history, I really recommend Richard Altenbaugh’s work ‘Where are the Disabled in the History of Education? The Impact of Polio on Sites of Learning’ (2006) and Catherine Kudlick’s ‘Comment: On the Borderland of Medical and Disability History’ (2013). If you are interested in advocacy and disability identity politics, then I would recommend U.S. author, Joseph Shapiro’s book entitled No Pity: People with Disabilities Forging a New Civil Rights Movement (1994).

There is support to help you to study successfully