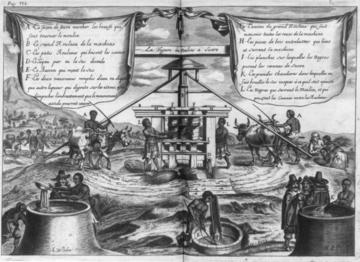 Mimi Goodall, a DPhil Candidate in Economic and Social History at St Peter's College, has won the 2020 Pollard Prize from the Institute of Historical Research for her paper "Sugar in British America". The prize recognizes the best paper presented by a graduate student or early career researcher at an IHR seminar in the 2019–20 academic year.

Mimi's doctoral research examines the social, cultural, and economic history of sugar and its spread across the Anglophone Atlantic world during the 17th and 18th centuries. Her prize-winning paper, which will be published soon in the journal Historical Research, focuses on the development of sugar consumption in British North America. Drawing on business records, personal papers, material culture, and contemporary newspapers and pamphlets, she describes the early and increasing use of sugar in colonial American food and life. She shows that British colonists consumed sugar much earlier than previously thought, and that sugar was an important part of diet and culture of both poor and rich colonists. By the mid-18th century, sugar had become a touchstone commodity for the American colonists, and its cultural importance laid the groundwork for political disputes between the colonies and Britain. More broadly, her work underlines the role of goods produced by enslaved labor in the developing market economy of colonial North America.