War and Economy in Southeast Asia: The Economics of the World War II Japanese Occupation and its aftermath

The Second World War and Japanese occupation had a devastating economic impact on Southeast Asia. With support from the ESRC and Leverhulme Foundation, Professor Gregg Huff is undertaking the first comprehensive, comparative analysis of Japan’s wartime economic policies in Southeast Asia and the consequences of Japanese occupation for the economies and welfare of the peoples of Burma, Malaya, Thailand, Indonesia, Indochina, and the Philippines. 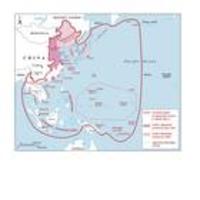 Control of the resources of Southeast Asia was imperative if Japan was to win the war in the Pacific, or at least negotiate a favourable peace. This study investigates Japanese use of policies of command and planned economic systems to manage Southeast Asian economies and resources. It explores how Japan financed its war in Southeast Asia; Japanese success in mobilizing the raw materials and labour of the area; the effect of wartime shipping losses on Japanese economic, political and transport strategies in the region; trends in Southeast Asian GDP, money supply growth and inflation; industrialization and urbanization during the Japanese occupation; the spread of black markets and systems of food rationing in varied parts of the broader region; mass famine in Java and Tonkin and North Annam in Vietnam; labour policies and the construction of the Siam-Burma railway. The project also seeks to explore how the war and Japanese occupation shaped post-war political and economic life in Southeast Asia.

This project provides a new interdisciplinary and comparative look at the 1940s in Southeast Asia and will demonstrate how economic analysis can shed light on the Second World War and its aftermath in Southeast Asia.

Project Publications as of January 2016: