Wahuriu Itote, or General China as he came to be known, remains a highly controversial figure in the history of decolonisation in Kenya. Was the Mau Mau rebellion an anti-colonial, nationalist movement or an internal struggle within the Kikuyu community?

Almost no topic in the history of sub-Saharan Africa has provoked more controversy, scholarship, and public fascination than the Mau Mau war, the guerrilla conflict that consumed Kenya during the 1950s. Far from being a simple black versus white war, Mau Mau fighters targeted both the British forces and their ‘loyalist’ African allies in and around the forests of central Kenya. The Mau Mau conflict represents the complexities of colonial rule perhaps better than any other moment in African history.

By the early nineteenth century, European explorers, missionaries, and hunters had visited East Africa. But it was the survey of a railway project that aimed to connect Lake Victoria with the coast at Mombasa that brought about British control. At the height of the ‘Scramble for Africa’, the Imperial British East Africa Company (IBEAC) helped establish a colonial system of government in what became the British East Africa Protectorate in 1895. Motivated by generous financial support from large companies in Britain, as many as 2,000 white farmers had moved and settled in the protectorate by 1906, being awarded much of the most fertile land previously farmed by Africans. The land issue became the major source of conflict between Kenyans and Europeans for the remainder of colonial rule.

During colonial Kenya’s civil war, which began in 1952, the peoples of the Mount Kenya region were forced by violence into one or two camps: loyalist or Mau Mau. A range of factors influenced their allegiances: access to land, changes to the social order brought about by colonialism, and gender and generational differences. The conflict between ‘loyalists’ and ‘insurgents’ reflected two contrasting visions of independence. For loyalists, decolonisation simply meant a process of transfer of power from a British elite to a Kenyan elite. For many ‘Mau Mau’ insurgents, independence was to be involve a sustained programme of social and economic reform.

Wahuriu Itote grew up in northern Kikuyuland, one of the areas heavily settled by Europeans. During the Second World War he served in the British King’s African Rifles (KAR) and was trained in jungle warfare in Ceylon (Sri Lanka) before being sent to Burma as a combat solider. In his memoir “Mau Mau” General, he recalled his conversations with a British soldier on the battlefield that caused him to question the legitimacy of colonial rule. Itote left the army after his return to Kenya. In 1950, he took an oath in the Mau Mau movement. As one of the movements leaders, along with Dedan Kimathi and Stanley Mathenge, Itote became known as ‘General China’. As one of the first fighters to enter the forests in August 1952, he led his men in a series of battles with significant success before his capture on January 15, 1954.

Assistant Superintendent Ian Henderson, one of Kenya’s few white Kikuyu speakers, oversaw China’s interrogation ahead of his trial. For the benefit of British intelligence, Henderson produced a summary report based on China’s first-hand information about the operation of Mau Mau forces. Faced with charges that could sentence him to death, China agreed to work with the government to discuss possible surrender terms for the remaining Mau Mau leaders in the forests. He was then detained alongside future first president Jomo Kenyatta (not himself a Mau Mau supporter) until 1962. Itote took a prominent role in Kenyatta’s government at independence, lobbying for the rights of Mau Mau veterans and working closely with the National Youth Service.

This resource discusses the nature of the “Mau Mau Emergency” of the 1950s in terms of its nationalist or tribal nature. It also reflects a historical debate about the decolonisation of the British Empire more broadly.

Particularly, the teachers should help the students to think about not just interpretation but also accessibility and provenance of historical sources. For example, how should we speculate China’s motivation to write his autobiography? What does the interrogation tell us about China as compared to his personal accounts? Were oral African sources and their provenance (e.g. the issue of translation) any more difficult to test than written records? 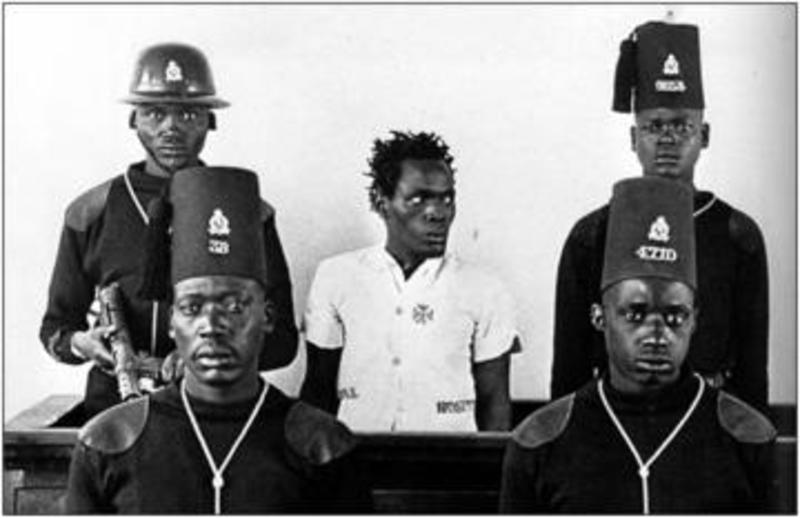