Kevin O’Rourke received a European Research Council Advanced Investigator Grant and an OUP John Fell Fund grant to work on “Trade and the Great Depression in a Long Run Perspective”. The project, which runs from 2010 to 2017, involves collecting a range of data on the interwar economy: monthly data on a range of economic variables for as many countries as possible; bilateral trade data broken down by commodity; and aggregate bilateral trade data, at a monthly frequency. A dataset on interwar election results has also been compiled, as well as a long-run database on manufacturing production. 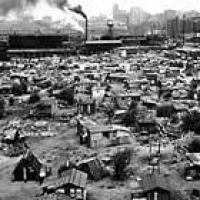 The aim of this data gathering exercise is to explore the inter-relationships between trade, trade policy, and the overall economy during the interwar period; to look at the links between politics and economics during the period; and to situate the interwar experience within the broader context of the spread of modern economic growth from the core to the periphery.