I arrived in Oxford by train from Walsall on 10 October 1974. It was Election Day, the second within the year, and the talk in the JCR was of another hung Parliament. In that event, the Tory champagne chilling on ice would be mixed with Socialist stout to make Black Velvet, a name that promises more than the product delivers. The pundits were wrong, of course, and Wilson narrowly beat Heath, winning a wafer- thin majority of three seats. But this all passed me by, because that night was my first ever Hall at Brasenose College where I had arrived from Queen Mary’s Grammar School to read Modern History.

As pleased as my father was to see me win a place at Oxford, he made it clear that he would have preferred me to become an engineer in Cambridge. “What’s the point of a history degree? Isn’t it useless these days?” he’d said - a provocation that over the years I have been happy to confront. But for now, apart from the immediate anxiety that came from forced immersion in Anglo-Saxon Latin for Prelims held at the end of my first term, the daily regime of the Oxford historian seemed to comprise more carrot than stick. 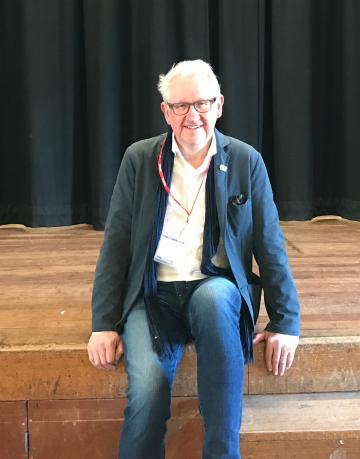 With kind permission of Paul Walton

The red thread of the Oxford course was the history of our islands from the departure of the Romans to the beginning of the Great War: ‘a king-a-week’, we joked whilst time travelling at a brisk pace through feudalism, bastard feudalism, rising gentry and a declining aristocracy. Producing plays was my first love, but I much enjoyed forays into the Radcliffe Camera and beyond.

I was lucky enough to study the Thirty Years War with Robert Evans, to read the command-and-control papers of Pierre Séguier, Richelieu’s enforcer, under the patient gaze of Robin Briggs, and to spend many an hour trying to fathom out the causes of sundry Tudor rebellions with Penry Williams. On my way to Schools in June 1977, it seemed there was little of significance I didn’t know about the reign of Edward VI, the consumptive boy Tudor with the stunted reign. Three months later, I had forgotten it all because on the same day that Elvis died, I had become an advertising man.

A student career that combined producing plays with writing weekly history essays, sometimes under the cosh, was the perfect training programme for a job in advertising. Life at the agency normally consisted of a hectic scramble for a new angle on an old problem and then pitching it to clients. I’d also learned from the best that some historians are expert in the art of magnifying minimal differences. This, I soon discovered was also a very important skill for successful admen.

I enjoyed my work and seemed to do well at it, working on campaigns for Swedish cars, German beer and British Intelligence. I developed a particular knack for creating new brands, and in 1986, with a friend – another historian, we launched our own shop. This was one of the first agencies to specialise in innovation and new brand development. With more than a nod to my father, we called the new agency The Value Engineers. Thirty years later, it is still going strong, with offices in London and New York and some of the world’s biggest brands, including BP, BA and Unilever among its clients.

So many of the historian’s skills have proven useful to us over the years. For example, analysing the reasons for success and failure of a new product, building timelines for fast developing new markets or assessing the likely impact of trends, especially those involving social and technological change. We have reviewed the rise and fall of empires: Kodak, Blockbuster and Nokia. We have tracked our changing eating habits and seen brands like Quorn grow from a niche into the mainstream and even onto the menus of Oxford college lunches!

In 2005, The Value Engineers became part of the Cello Group plc. Since then both the Group and The Value Engineers have prospered, and in 2011 I was able to begin a strategic withdrawal from the world of marketing and to return to university to study for an MA in Creative Writing. One of the projects I started researching brought me back once more into the service of Clio. This involved writing the history of an English school’s relationship with a Welsh estuary. Again, I knew my time in the Honour School of Modern History had not to been completely wasted.

This story began one eventful weekend in November 1963. On a weekend when the President of the United States was assassinated, The Beatles released their second LP, and Dr Who exited a Police Box to confront the Daleks for the first time, a small convoy of cars carrying boys from Queen Mary’s Grammar School in Walsall, arrived on the Mawddach Estuary in Mid Wales. They were to spend the weekend in a converted old coach house. This was Farchynys, the school’s newly acquired adventure centre in southern Snowdonia, situated in the shadow of Cadair Idris, four miles from Barmouth and its iconic railway viaduct.

Every week for the following fifty years, successive generations of Marians, as Queen Mary’s folk are known, have made the hundred-mile journey to the coast and for the most part, have 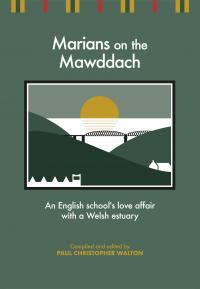 fallen in love with this special place. Their adventures have shown that estuaries are wonderfully productive ecosystems for growing both things and people. My new book, Marians on the Mawddach tells the stories of pupils and teachers, and the people they have met in a landscape that is dramatically different from that of their hometown in the heart of the Black Country.

As an Old Marian who loved the Mawddach, I jumped at the chance to help with the school’s campaign to raise funds to modernise the facilities at Farchynys. Writing a book seemed a good way to generate support and I wanted it to be as much of a celebration of people and place as it was a social history of a West Midlands grammar school at the end of the twentieth century.

So forty years after first arriving in Oxford, I found myself back in the Radcliffe Camera chasing down sources and finalising text. I came across a book by T.P. Ellis, another historian who wrote a history of Dolgellau and Llanelltyd in the 1920s. He seemed a little pessimistic:

“Traditions and stories, the salt of life, are passing away, because there is no one to tell them in a way that busy pre-occupied people have time or inclination to listen to.”

I thought about my father’s provocation to my eighteen-year-old self and smiled. I was very happy to be an historian. History, the salt of life, is important work. I was also happy to be an engineer and a brand storyteller; the symbiotic twist of these career threads I know now to have been powerful, stimulating and not unlucrative.

Born in Staffordshire, Paul took his BA in 1977, co- wrote Bluff Your Way in Marketing and helped unleash Quorn upon an unsuspecting world. It was inevitable that some of this biomass would return to fuel his first novel, Historyland, a dark comedy set in a future England that has become a giant theme park owned by bigtech.

Marians on The Mawddach