The streets of Oxford were filled with curious activities during the Ideas Festival that ran from October 12-22, 2018. One event that truly stood out was ‘The Uncomfortable Oxford Tour’ - an initiative by two Doctor of Philosophy candidates in the Department of History. Olivia Durand and Paula Larsson met this summer at the TORCH-led Public Engagement with Research Summer School and they developed a plan to implement walking tours in Oxford that raised ‘uncomfortable’ discussions about the built urban landscape and its connection to imperialism, colonialism, and global histories of oppression and inequality. Although some uncomfortable tours already exist in Liverpool, Bristol, and London, they remain a rare feature in the United Kingdom and had yet to be given on the streets of Oxford.

The tour’s premise was “Oxford is a place of knowledge, and therefore it is a place of power.” Rarely has power not been accompanied by violence and exploitation, and with the global prominence of the city and University, it is unsurprising that this violence must be conceptualised on a global scale. The tour lasted for two hours and was designed to raise topics in Oxford’s history which are often ignored in the regular walking tours that engage Oxford’s annual influx of tourists. It began with the founding of the city, tracing the history from its earliest military invasions, the establishment of the University, and the power struggles that helped define the transnational relationship Oxford established with the wider world. It raised questions about memorialisation and the politics of memory in the built environment, and ultimately asked participants - how should we engage with these histories in the public space? 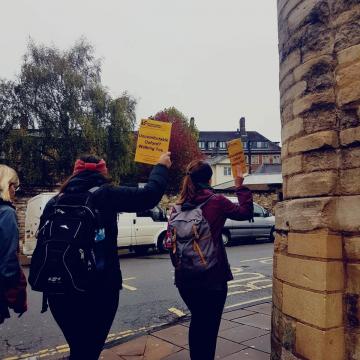 Questions about Oxford’s imperial past have made headlines many times in the past few years. The Rhodes Must Fall campaign was a powerful voice calling for change in how the University of Oxford and its constituent colleges address their storied past. 'The Uncomfortable Oxford Tour' took a different approach – instead of calling on the University, it looked towards the public. The public was not defined simply as the body of students and researchers from the University. It was the population living in the city itself, as well as visitors and tourists interested in undertaking a tour in which their personal input would be part of the learning process. The city is a public space that extends beyond the walls of the University - this fact often gets overlooked when discussions are undertaken about decolonisation of the city. By running the tour as an open, free walking tour, engagement between locals, tourists, and University members developed into a powerfully engaging discussion about our shared history.

The well-known sights of the city – in particular Cecil Rhodes’ statue, the Codrington library, the Rhodes House – were featured in the tour, but it also went deeper into the narrative by incorporating stops at Bonn Square, the Indian Institute, the Natural History Museum, and the Weston library. The alternance of explanation, questions, and open discussion ensured that the public felt involved throughout the process. The goal was to start a conversation, and to engage with the difficulty of providing definitive answers.

Public enthusiasm for the tour was seen in the participation of over 300 people by the end of the festival. Larsson and Durand choose to donate all tips received during the tour to support the local charity Homeless Oxfordshire. Homelessness, and the city’s history of wealth, privilege and inequality, was one of the last topics covered in the tour. A total of £750 in donations was raised, which according to the charity, will help it in its mission to provide more than 150 beds to the population of Oxfordshire currently experiencing rough sleeping or precarious situations.

'The Uncomfortable Oxford Tour' has now been officially founded as the Uncomfortable Oxford Project [UnOx Project]. It is an open working group for anyone who wishes to help create and engage with similar initiatives. The progression of the project and the collaboration between local Oxford residents and University members from a variety of academic institutes is an important display of the benefits of removing symbolic boundaries which often create barriers to discussion. The group has already established relationships with the Pitt Rivers Museum, and the Oxford University-based groups Race and Resistance, and Common Ground, to discuss how best to collaborate and combine their activities. The UnOx Project held its first meeting on Nov. 27, 2018, at the History Faculty, to share ideas on expanding the existing tour through subject-focused itineraries. Additionally, the UnOx Project has already put in place special events for the first semester of 2019. 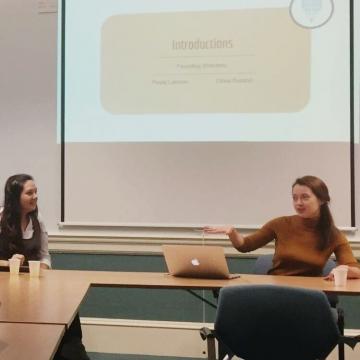 Future plans include collaboration in January 2019 with a visiting graduate group from New York University, on ‘Anti-racism and decolonial practice.’ The day will feature a shortened version of the tour, followed by a roundtable discussion. At the end of January, UnOx will bring in speakers for a half-day ‘Teaching Public History’ workshop for interested doctoral students who want to help run the project, and generally want to get a better understanding of what makes public history engaging. UnOx will host a lecture event in collaboration with the Geography Department on the imperial legacy of Halford John Mackinder, whose name is still associated today with the Chair of Geography.

In June 2019, the Pitt Rivers Museum will bring in members of UnOx to run a daily exhibit tour during its ‘Refugee week’ in the context of its forthcoming exhibition on the ‘Jungle’ of Calais. UnOx will link today’s immigration and refugee movements with the colonial and imperial past as represented by the collection of objects inside of the museum.

Finally, UnOx aims to be involved with education, access, and outreach in a number of other events throughout 2019. It will host engagement activities throughout access week and is developing a collaboration with the locally based Oxford Hub. It also plans to host a discussion on wealth and inequality, in partnership with the Homeless Oxfordshire charity Durand and Larsson have already worked with.

The short-term goal for the UnOx Project is to establish the tours on a semi-permanent basis in Oxford, as well as bringing together individuals who are interested in Oxford’s uncomfortable past, or are researching it within and beyond the University. By involving diverse groups of students and members of the public, the hope is that the project will outlast the time its founders are spending at the University for their doctorate and will become an enduring and engaging feature of Oxford as a public and historical space. 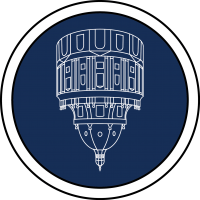