Revisiting the Polite and Commercial People 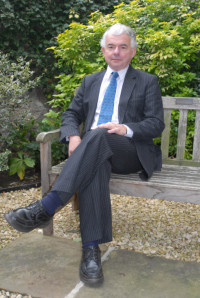 For three decades students of eighteenth-century British History have been thankful for the existence of Paul Langford’s A Polite and Commercial People. We are sure that many a reader of The Historian will recall how their weekly Georgian challenge was eased by the availability of this elegant and accessible survey, which brought its subject to life with colour, clarity, and insight. The more discerning student of British History V (or English History III in old money) would also recognize it as a major intervention in the much-contested history of eighteenth-century Britain. To mark the 30th anniversary of the publication of this landmark work, a 13-strong team of former colleagues and students have come together to celebrate Paul’s achievement and acknowledge his wider contribution to the field.

For sure, we needed a team to cover the sheer range of Paul’s scholarship. His interests were very broad, and ran far beyond the core political works which had established his early reputation. Thus, when Revisiting the Polite and Commercial People, we organised the book into three sections to highlight dominant strands in Paul’s work – Politics; Society and Culture; England, Britain, and the World. In keeping with his rich curiosity, the articles cover everything from bridge-building to gambling, within far-flung settings peopled by shopkeepers, princes, and plantation-owners. This breadth might appear to some a sign of a wider (and oft-lamented) fragmentation of the discipline, but the contributors would see themselves as responding to common agendas set by Paul and other leading scholars in the later 1980s and early 1990s. The intervening digital revolution has been particularly kind to historians of eighteenth-century Britain, and has enabled succeeding generations to cast their nets wider and deeper, but Paul’s work retains an abiding inspiration, and always repays critical engagement. As Paul would have wished, their research and reflection also represents how the field has moved on since 1989, often drawing direct inspiration from A Polite and Commercial People to head in new directions.

The sheer diversity of this collection is in itself a sign of general health of the field, but several recurring themes will surely resonate with any student of Georgian Britain. While there has been no shortage of work on the middling orders since Paul argued for their key societal influence, the articles highlight that more work might be undertaken on a broad middling sort, especially at the lesser middling end. None of the contributors seek to advance a more coherent agency for a putative middling class, but in their various ways they highlight the pivotal roles which even modest actors could play within Georgian society. As Paul demonstrated, this form of ‘public politics’ did not stand apart from the real corridors of power, but acted as a vital link between power and people, and was embedded in the social and cultural structures of a rapidly developing commercial society. This society might have remained strict in its hierarchy and limited in its inter-class exchanges, but the mid-eighteenth century saw its propertied orders find ways to accommodate each other’s views and values without great upheaval. 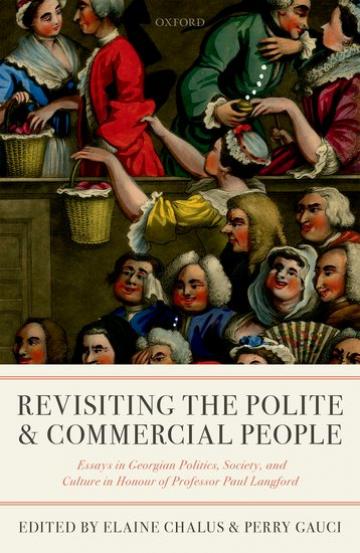 Readers will also see many pleas for more comparative and regional studies of Georgian Britain. Paul’s generation recognized and largely accepted their own Anglo-centricity, and it took the remarkable impact of works such as Linda Colley’s Britons to see a significant shift in the historiography of the four nations. He did acknowledge the importance of British and Irish perspectives, but his keenest interest appeared to rest with establishing the singularity of England within wider European and imperial contexts. He was also aware of the over-preponderance of metropolitan studies, and conscious of the need for more work on provincial developments. All these perspectives are represented in this book, and the contributors would welcome work that would further clarify the pace and scale of change across Britain and its dependencies, and attest to the dynamic interplay of metropole and periphery.

In all these research areas, it is clear that eighteenth-century historians should be bold in their periodisation, and, in common with Paul’s dynamic portrait of mid-Georgian England, seek to trace its connections with the more obvious changes associated with the Age of Reform. Paul’s later work took him ever more firmly into the early nineteenth century, reflecting his conviction that the roots of reform might be traced back to the mid-eighteenth century.  Many of the characters which populate this book were still young when the American war ended, but they  went on to experience and shape the more dramatic times of a revolutionary world, and it is clear that their responses were often determined by the practices and outlooks of their parents’ generation. Much could be learnt from such conscious inter-generational review, and would probably only further highlight the exceptionality of British experience and its ability to accommodate change across a broad societal front.

Such work would be a fitting tribute to the continuing impact of the Polite and Commercial People. As reviewers chorused on its appearance, the dynamism of Georgian Britain was often most powerfully communicated by Paul through the responses of contemporaries to the changing world about them. For some critics, there were still too many voices with privilege and property, but it is important to recall how novel his depiction of English society was in 1989, and a succeeding generation of scholars have eagerly populated Georgian Britain with other voices in the intervening 30 years. The contributors have welcomed the opportunity to add to this choir, especially in the wake of Paul’s death in July 2015, and this wide-ranging collection highlights the manifold channels through which the field can sustain interest in the questions which preoccupied him.  Ever modest and generous, he would have played down his own importance, but, as a passionate teacher of eighteenth-century history, who cherished the Oxford tutorial system, he would have welcomed the opportunity to connect with further generations of Georgian scholars.