Rebellion and Mobilisation in French and German Colonies

The First World War began as a fundamentally European conflict, and is still predominantly remembered in deeply European terms, despite being a global war with global implications. Our project will highlight these global implications by exploring the widespread regional unrest that wracked the French empire during the war. This project is generously funded by an Arts and Humanities Research Council Early Career Research Grant. 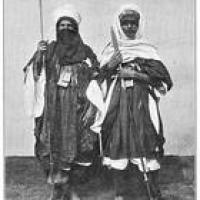 These rebellions, which are numerous beyond count if we are willing to include every small scale, localised period of violence, erupted for a number of reasons. Their different shapes, aims and means reflected their varied geographic, social and political origins. In some areas like Senegal and Algeria the resistance was largely a reaction to French efforts to mobilise colonial resources: especially manpower. These efforts, already of debatable ethical legitimacy from the start, were undertaken by practices that could not have been more antithetical to French republican ideals. In French West Africa it was common for ‘volunteers’ for the French army to be rounded up by ‘recruiters’ and delivered to French authorities in chains. The obvious parallels to the slave trade were not lost on the Africans who witnessed, or were victims of, these practices. Many West Africans found themselves openly fighting or fleeing ‘recruiting parties’ as their only means of resistance against this renewed slavery. In Indochina the story was very different. Uprisings arose out of a mixture of opportunism (the war in Europe sucked in French troops from all over the world, leaving many colonial garrisons stretched even thinner than they had been before the war) and reaction to the authoritarian maltreatment of Indochinese populations that was part of everyday colonial rule. In Madagascar, the story was different again, with a nationalist secret society seizing the opportunity of their distracted colonial masters to mount an insurrection. In each instance rebels identified themselves in unique ways, using at different times language, race, ethnicity, and religion to differentiate themselves from their French overlords (and often the local elites upon whose cooperation European empires typically relied).

Our project seeks fundamentally to ask how these uprisings fit into the broader narratives of colonialism and of the First World War. Why was resistance so widespread? Why did it so often fail to lead to lasting change? How much did these efforts differ from pre-existing patterns of dissent? What was particular about the colonial environment, and resistance, during the war? Did they change the relationships between the colonies and the metropole, the way the war experience changed the dynamic between some imperial powers and their colonial subjects? How did the French and Germans understand their colonial subjects? How did bias and feelings of superiority confine and restrict their ability to empathise with colonial rebels? How did colonial subjects in Africa and South East Asia understand themselves, and what effect did this have on whether they resisted, and if they did, what form the resistance took?

We will seek to answer these questions by looking at four over-lapping and interconnecting research questions. Where did the rebellions take place, why, for how long, and how did they eventually end? How did the French and Germans characterise and understand the populations they were asked to police and pacify? How did these populations understand themselves, and how important was Islam as a unifying factor?

What was the German experience in Africa; how and why did it differ from the French?

In seeking to answer these questions we will provide a coherent picture of the widespread resistance in France’s colonies that respects both French and colonial voices (for these latter are preserved in greater quantity in the historical record than some realize), identities and perspectives. Our work will add a chapter to First World War historiography that up to this point has been all but ignored, and will bring together the too-often separate worlds of European, Asian and African scholarship. We will also offer up some enduring insights into the psychological nature of resistance, identity formation and group solidarity. We will explain how rebellions grow and spread, and how groups of people choose to identify themselves and those around them, choosing their allies, enemies, solidarities and antipathies in the process.