Re-Imagining Democracy in the Mediterranean, 1750-1860

In the middle of the eighteenth century, ‘democracy’ was a learned word, used primarily in discussions of the ancient world – Greece and republican Rome – or to denote one element within mixed constitutions: that is, constitutions (including the British) which combined monarchical, aristocratic and democratic elements. From the mid-eighteenth century, democracy was increasingly theorised as a primitive political form, ill-fitted to the complexities of modern life: ‘modern democracy’ came to sound like a contradiction in terms. For all that, by the middle of the nineteenth century democracy had become a key category for comprehending the modern world, and the term had passed into general use. 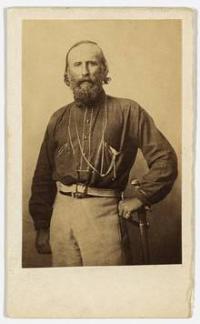 During the French revolutionary, Napoleonic and post-Napoleonic eras, northern European powers claimed a major voice in settling southern Europe’s affairs. In this context, movements for popular and for national freedom interpenetrated. Because certain experiences were shared across the region, political ideas and movements also criss-crossed it – sometimes in the baggage of exiles who, driven from their native countries, joined the fight for freedom elsewhere. In southern, even more than in northern Europe at this time, democracy was often an insurrectionary movement, involving the mobilisation of armed force against domestic and foreign tyrants.

During the wave of revolutions which swept Europe in 1848, democracy was widely espoused. How did the term come to be given modern application? Partly because of a shift in values, favouring popular participation in government, but also because democracy, in the sense of popular political mobilisation, increasingly emerged (for the most part without any form of overall co-ordination or planning) as a force in political life: sometimes in the form of crowd demonstrations, sometimes in the form of more orderly movements. Contemporaries started to talk more about democracy, and to try to understand what kind of political phenomenon it was, or had the potential to become, because, contrary to expectation, it had established itself as a force to be reckoned with.

These developments were not peculiar to countries sometimes taken to have served as cradles of democracy – the United States, France, Great Britain. They equally characterised the countries of southern Europe – Spain, Portugal, Italy and Greece – though ‘Mediterranean democracy’ had some distinctive features.

Leverhulme Trust funding enabled Professor Joanna Innes to establish an international network which created links between scholars in Britain, the United States and France with historians and political theorists across southern Europe to explore the ways in which understandings of democracy developed in that region through the late eighteenth and early nineteenth centuries.