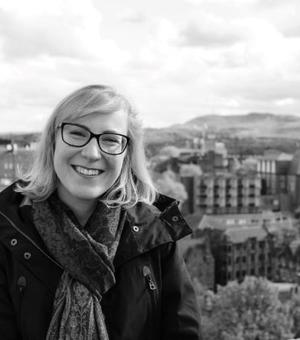 My research explores conversion to the Catholic faith among Eastern Christian communities living in the Ottoman Empire from the late seventeenth to the late eighteenth centuries. More specifically, it offers a case study of the emergence of Catholicism in the town of Mardin (present-day southeast Turkey) - a striking example of the religious, cultural and linguistic diversity which permeated early modern Ottoman society. Through examining the vast and often neglected corpus of scribal materials in Arabic, Karshuni and Syriac which were left by Mardin’s Christian communities, this research seeks to analyse the mechanisms by which conversion to Catholicism was expressed within this hyper-local context, and thereby contribute to our understanding of the intricacies of Catholic expansion in the early modern world.

My research is funded by the Leverhulme Trust Doctoral Centre and the Somerville College Vanessa Brand Scholarship.

I completed an MA in Arabic and Medieval History at St. Andrews University, and an MPhil in Middle Eastern Studies at Cambridge University. I first became interested in Middle Eastern Christianity during my Masters degree, which led me to write my thesis on the apologetic poetry of Sulaymān al-Ghazzī, a Melkite bishop from Palestine who is thought to have lived in the eleventh century CE.

After finishing my Masters degree, I was employed as an Arabic Language Tutor at St. Andrews University and with the Foreign and Commonwealth Office. I subsequently worked at Edinburgh University as a Teaching Fellow and Course Organiser for a postgraduate Arabic course which integrated the teaching of Modern Standard Arabic with various contemporary dialects. In addition to teaching, I have worked on digital bibliographical records for the Arabic, Persian and Syriac manuscript collections of Trinity College, Cambridge and the Wellcome Library using the Text Encoding Initiative (TEI). In September 2019, I joined the ERC-funded project ‘Stories of Survival: Recovering the Connected Histories of Eastern Christianity in the Early Modern World’ at Oxford University as a Research Assistant. During my time on the project, I worked on cataloguing the Arabic collection of the Bibliothèque orientale of the Université Saint-Joseph in Beirut, and also developed my interest in concepts of confessional identity, community formation and scribal practices amongst Christian populations in the Ottoman Empire, all of which are central to my current research.

I also have a keen interest in contemporary Arabic fiction and literary translation, and have been an Editorial Assistant for Banipal Magazine of Modern Arab Literature since July 2014.