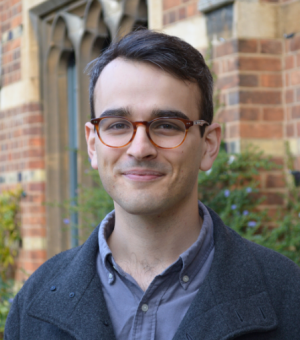 My interests are in the interaction of social and economic change with political conflict in early modern Britain. I am currently completing a project on the history of imprisonment in early modern England, exploring how straining credit networks, swelling inmate populations and political upheaval reshaped early modern prisons and their social worlds, and the political resonances this had within and beyond the prison walls.

I have also worked on religious radicalism during the English Revolution and on the Manuscript Pamphleteering in Early Stuart England project at the University of Birmingham. In addition, I am developing a new project exploring everyday experiences of the early modern state, based on testimony from across the social spectrum, and the ways in which they shaped popular political consciousness.

I am currently working on a book provisionally titled Imprisonment in Early Modern England: Politics, Debt and Carceral Societies, which will offer new insight into both the nature of early modern society and the origins of modern carceral practices. It reveals that from the mid-sixteenth century, England was an increasingly carceral society; the threat of imprisonment for debt loomed over social relations defined by personal credit as economic change led to rising social instability and civil litigation. Anxiety over financial ruin, public shame and loss of liberty became the stuff of everyday life. Exploring the significance of this phenomenon, I will uncover the prison’s internal social structures, its place within wider society and its role in political conflict. In addition, this book will provide a much-needed early modern perspective to histories of imprisonment. Sixteenth- and seventeenth-century developments solidified a new logic of imprisonment as a vital tool of social order, much of which persisted even as prisons were reformed into the principal mode of criminal punishment. Thus, I reveal how straining credit networks, swelling inmate populations and political upheaval reshaped early modern prisons and their social worlds, and the resonances this had within and beyond the prison walls.

I am also beginning a new project on how everyday experiences of state and political authority shaped early modern popular politics. Using testimonies of interactions with social institutions as diverse as guilds, courts, assizes, sheriffs and church officers, I will investigate how men and women across the social spectrum explicitly described encounters with the early modern state in the years leading up to English Revolution. By asking how people engaged with, thought about and sometimes pushed back against the tendrils of the decentralised state, I will test the extent, limits and ambiguities of personal participation and negotiation with institutional authority. As with my work on prisoners, I will explore how conceptions of political authority, exposed in everyday interactions with the state, intersected with political debates about rights, authority and governance that dominated seventeenth-century England.