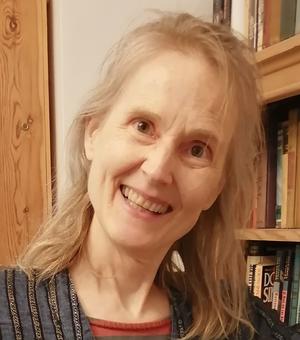 I grew up in the western Canadian city of Calgary, and have since lived in Scotland, Germany, England, the USA and the Czech Republic. I studied at the Universities of St Andrews, Cambridge, and Chicago, and was a Research Fellow at Trinity College Cambridge. I then taught for 31 years in the Faculty of Economics at the University of Cambridge, before moving to the Chichele Professorship of Economic History at All Souls College Oxford in 2020.

I explore the lives of ordinary people in the past and try to explain how poor economies get richer and improve human well-being. I’m particularly interested in how social institutions – the formal and informal constraints on economic activity – shaped economic development in Europe between the Middle Ages and the present day. In recent years my publications have analysed guilds, serfdom, communities, the family, gender, human capital investment, consumption, and state capacity.

Guilds ruled many crafts and trades from the Middle Ages to the Industrial Revolution, and have always attracted debate and controversy. They were sometimes viewed as efficient institutions that guaranteed quality and skills. But they also excluded competitors, manipulated markets, and blocked innovations. Did the benefits of guilds outweigh their costs? Analyzing thousands of guilds that dominated European economies from 1000 to 1880, The European Guilds uses vivid examples and clear economic reasoning to answer that question.

The European Guilds: A Lecture

The European Guilds: A Lecture

Centre for the Study of Governance and Society, King’s College London

"The European Guilds" with Patrick Wyman

"The European Guilds" with Patrick Wyman

“The Dark Side of Human Institutions: A Conversation” with Mark Penningon

“The Dark Side of Human Institutions: A Conversation” with Mark Penningon

“The European Guilds” with Mark Klobas

“The European Guilds” with Mark Klobas

Human Capital and Economic Outcomes in a European Developing Economy

Human Capital and Economic Outcomes in a European Developing Economy

“What a 16th Century Guild Teaches Us About Competition”, Planet Money interview with Adam Davidson

“What a 16th Century Guild Teaches Us About Competition”, Planet Money interview with Adam Davidson

I would like to hear from potential DPhil students who are interested in doing research on pre-modern economies and institutions.

What Happened and Why?