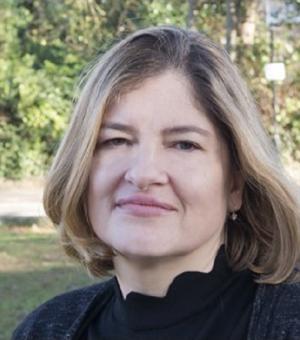 I am a political historian of modern Ireland and Britain, with a particular interest in the history of feminism, education, and political activism. I have published on several aspects of women’s history, including the history of feminism, women’s suffrage and women’s education.
My most recent book, Irish Nationalist Women, 1900-1918 (Cambridge, 2013), examines how politically active women worked within nationalist and feminist contexts in early twentieth-century Ireland. I am currently finishing a book on further forms of Irish women's political activism, including unionism, socialism, and women’s suffrage in the nineteenth and twentieth centuries. I am interested in connections between Irish and British radical politics and have written about the centrality of the Irish Question to the women's suffrage movement across the United Kingdom.

I am co-director of the Oxford Martin Programme on Women's Equality and Inequality, and am project lead for Education and Activism: Women at Oxford, 1878-1920.

This volume has been produced to mark the retirement of Roy Foster from the Carroll Professorship of Irish history at the University of Oxford, and to mark his extraordinary career as a historian, literary critic, and public intellectual. It consists of twenty three essays contributed by many of the leading historians of modern Ireland, including scholars whose work has influenced Roy Foster's own research, leading Irish historians who have influenced and have been influenced by Foster, and younger scholars who were supervised and/or mentored by Roy and whose work he greatly admires.

This is a major new history of the experiences and activities of Irish nationalist women in the early twentieth century, from learning and buying Irish to participating in armed revolt. Using memoirs, reminiscences, letters and diaries, Senia Pašeta explores the question of what it meant to be a female nationalist in this volatile period, revealing how Irish women formed nationalist, cultural and feminist groups of their own as well as how they influenced broader political developments.

Inspiring Ireland: Women and the Rising

Inspiring Ireland: Women and the Rising

Suffragetto: How a board game helped women win the vote

Suffragetto: How a board game helped women win the vote

I would like to hear from potential DPhil or any potential Masters students looking at Comparative British and Irish History or Modern Irish political and Social History.