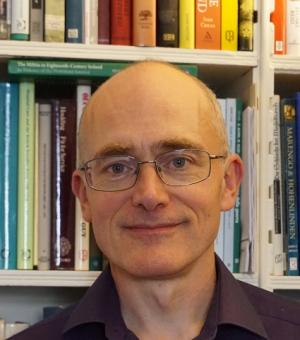 Chichele Professor of the History of War
All Souls College
01865 (2)79371
peter.wilson@history.ox.ac.uk

Professor Wilson research interests are centred on the impact of war in European and World Development, as well as the history of the Holy Roman Empire.

The Thirty Years' War (1618-48) was Europe's most destructive conflict prior to the two world wars. Two of European history's greatest generals faced each other at Lützen in November 1632, mid-way through this terrible war. Neither achieved his objective. Albrecht von Wallenstein withdrew his battered imperial army at nightfall, unaware that his opponent, King Gustavus Adolphus of Sweden, had died a few hours earlier.

A great, sprawling, ancient and unique entity, the Holy Roman Empire, from its founding by Charlemagne to its destruction by Napoleon a millennium later, formed the heart of Europe. It was a great engine for inventions and ideas, it was the origin of many modern European states, from Germany to the Czech Republic, its relations with Italy, France and Poland dictated the course of countless wars - indeed European history as a whole makes no sense without it.

This work has also been published in Italian and Spanish.

A deadly continental struggle, the Thirty Years War devastated seventeenth-century Europe, killing nearly a quarter of all Germans and laying waste to towns and countryside alike. Peter Wilson offers the first new history in a generation of a horrifying conflict that transformed the map of the modern world.

The Thirty Years War – Everything you wanted to know

The Thirty Years War – Everything you wanted to know