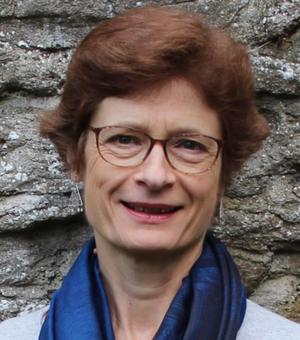 I returned to Oxford in 2016 after an absence of more than thirty years and an academic career spanning continents and countries (USA, Scotland, England).  My research interests are equally wide.  I specialise in the period from the end of Antiquity to the central Middle Ages, and especially enjoy finding new and unusual angles from which to address seemingly familiar topics.  After early work on early medieval frontiers, I developed new specialisms in hagiography and saints’ cults, plus the history or women and gender in the early Middle Ages.  I have published two monographs, Province and Empire: Brittany and the Carolingians (Cambridge, 1992) and Europe After Rome: A New Cultural History 500-1000 (Oxford, 2005) and have edited several collaborative volumes, including Early Medieval Rome and the Christian West (Leiden, 2000); Gender in the Early Medieval World: East and West, 300-900 (co-edited with Leslie Brubaker, Cambridge, 2004) and The Cambridge History of Christianity, volume III: Early Medieval Christianities AD 600-1100 (co-edited with Thomas F X Noble, Cambridge, 2008).

My current research addresses the materiality of Christian experience in the Middle Ages. I am concerned with ‘things which do things’, and use an ethnographic approach to exploring how, why and in what social contexts a wide range of material substances acquired a sacred aura, serving as mediators between humans and the divinity. The result will be a book (or possibly two books) on the emergence and development of the cult of relics from the 4th to the 11th centuries. This research draws heavily on approaches and methodologies derived from my earlier publications on the history of women and gender in the early Middle Ages (a field in which I retain a strong interest) but also has a strong cross-cultural dimension. Beyond that, I am interested in developing interdisciplinary approaches to studying the abundant material remains of late antique and early medieval relic-objects which I have discovered while undertaking field work in the treasuries of some of Europe’s oldest churches.

Europe after Rome: A New Cultural History 500-1000 is the first single-author study in more than fifty years to offer an integrated appraisal of the early Middle Ages as a dynamic and formative period in European history. Written in an attractive and accessible style, the book makes extensive use of original sources in order to introduce early medieval men and women at all levels of society--from slave to emperor--and allows them to speak to students in their own words.  It overturns traditional narratives and instead offers an entirely fresh approach to the centuries from c.500 to c1000.

Masters: Saints and Sanctity in Late Antiquity and the Early Middle Ages