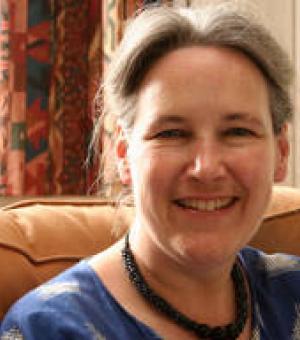 My research is on intellectual, cultural and religious history, predominantly since the nineteenth century, including the study of gender and visual culture over wider periods.  The common thread has been a concern with the historical understanding of beliefs and values.  I have written on debates about economic ethics, on the history of economic thought, on Christian moral and social philosophy, and on the relationship between art and social criticism. I was Consultant Editor for Women on the Oxford Dictionary of National Biography (1994-2004), as well as acting as Associate Editor for Victorian Women Philanthropists.  In 2013 I published a co-authored book (with Gervase Rosser) on cults of miracle-working images in Italy since the Renaissance, which was joint winner of the 2014 ACE/Mercers Book Award.   I have recently been part of a major collaborative and interdisciplinary Leverhulme-funded project (2011-2015) on the impact of diasporas, within which my focus has been on Jewish, Christian and Muslim cultures in East London since 1880. I teach British and some European and world history and historiography from the eighteenth century onwards.  I have both taught courses and supervised a wide range of research at post-graduate level in the Faculties of History (including History of Art) and Theology, and also for the interdisciplinary MSt in Women’s Studies.

I have worked on intellectual, cultural, religious and art history, predominantly since the nineteenth century, and the history of gender and visual culture over much wider periods. The common thread has been a concern with the historical understanding of beliefs and values.  I have written on debates about economic ethics, on the history of economic thought, on Christian moral and social philosophy, and on the relationship between art and social criticism. I was Consultant Editor for Women on the Oxford Dictionary of National Biography, with responsibility for strategic consideration of gender across the entire project.   I have been particularly committed to fostering interdisciplinary and collaborative work across the humanities and social sciences. I co-authored and co-edited (with Matthew Grimley, Alana Harris, William Whyte and Sarah Williams) Redefining Christian Britain (2007), a reconceptualization of the secularisation debate; and a series of books addressing the part played by religion in mediating migration and diaspora in modern metropolitan cultures: Rescripting Religion in the City: Migration and Religious Identity in the Modern Metropolis (with Alana Harris, 2013); Religion in Diaspora: Cultures of Citizenship (with Sondra Hausner, 2015); and Religion in Diaspora: Cultures of Belonging (with Sondra Hausner, 2016) - a special issue of the journal Diaspora.  In 2015 I co-edited (with Sunil Shah) Doh Mix Meh Up: Diaspora and Identity in Art.

I worked with a group of historians and social scientists in a 5-year project funded by the Leverhulme Trust (2011-15) on the impact of diaspora world-wide. Our strand of this global project is entitled  ‘Religious faith, space and diasporic communities in East London: 1880s-present’, and analyses the contested histories of faith-based civil-society institutions in the East End of London from the late nineteenth century to the present, focusing in particular on Jewish, Christian and Muslim cultures.  Creatively interdisciplinary in its methodological reach, the project’s spine has been historical.  By addressing questions across the historical span of the long twentieth century, and by interrogating patterns of international and intra-national (and often highly localized) migration, our aim has been to enhance understanding of the impact of faith-based community organizations on diaspora inclusion and exclusion in a world city. With Gervase Rosser I wrote Spectacular Miracles: Transforming Images in Italy from the Renaissance to the Present (2013), a challenge to prevalent assumptions of both art and religious history, for which we were co-winners of the 2014 ACE/Mercers' Book Award, a biennial prize awarded to a book which 'makes an outstanding contribution to the dialogue between religious faith and the visual arts'.  A key aspect was the analysis of the part played by the cultures and narratives of miraculous images in the construction of community, locally and globally.  Both the diaspora project and that on miracle-working images generated public exhibitions (in Britain and Italy), which confronted in innovative ways cultures of identity and the nature of visual experience.

This edited collection addresses the relationship between diaspora, religion and the politics of identity in the modern world. It illuminates religious understandings of citizenship, association and civil society, and situates them historically within diverse cultures of memory and state traditions.

Spectacular Miracles: Transforming Images in Italy, from the Renaissance to the Present (with Gervase Rosser) (Reaktion Books, 2013)

Spectacular Miracles confronts an enduring Western belief in the supernatural power of images, for example the belief that a statue or painting of the Madonna can fly through the air, speak, weep or produce miraculous cures. Although discomforting to widely-held assumptions, the cults of particular paintings and statues held to be miraculous have persisted beyond the middle ages into the present, even in a modern European city such as Genoa, the primary focus of this book.

Rescripting Religion in the City: Migration and Religious Identity in the Modern Metropolis (co-edited with Alana Harris) (Ashgate, 2013)

Rescripting Religion in the City explores the role of faith and religious practices as strategies for understanding and negotiating the migratory experience. Leading international scholars draw on case studies of urban settings in the global north and south. Presenting a nuanced understanding of the religious identities of migrants within the 'modern metropolis' this book makes a significant contribution to fields as diverse as twentieth-century immigration history, the sociology of religion and migration studies, as well as historical and urban geography and practical theology.

Participant in ‘Culture and Anarchy’, first part of series on ‘The Value of Culture’

‘The Extraordinary in the Ordinary: Miracle-working Images in Italy’

I would like to hear from potential DPhil students regarding intellectual, cultural (including visual culture), religious and gender history from the late 18th century to the present

I would like to hear from potential Masters students looking at intellectual, cultural (including visual culture), religious and gender history from the late 18th century to the present

I supervise within the MSt courses in British and European History 1500-present, Women’s Studies and History of Art