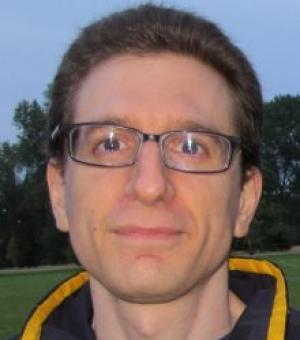 I began my academic studies in Tel-Aviv University and came to Oxford for a DPhil in History in 2005. I was then a Junior Fellow at the Harvard Society of Fellows from 2009 to 2012, when I took up my current position at the Faculty of History and at Hertford College.

My research and publications to date have focused on two broad areas at the intersection among political, social, and cultural history: symbolic interaction and writing practices. My first book, Status Interaction during the Reign of Louis XIV (OUP, 2014; paperback ed. 2016; shortlisted for the Royal History Society Gladstone Prize), investigates how and why individuals and groups expressed, shaped, and contested social positions in a variety of contexts, from high ceremonies to everyday routines. For contemporaries, status interaction operated as a key tool for defining and redefining identities, relations, and power; for scholars, it provides a novel lens for understanding early modern action and agency. My work on correspondence, especially in my Past & Present article from 2009, offers a systematic framework for analysing letters as vehicles of status.

I am now completing my second monograph, Writing Acts: The Power of Writing in the Ancien Régime (under contract with Oxford University Press). This project investigates the power of manuscript documents – as both texts and material objects – to act in the social and political arenas. The first part explores the ceremonial records that shaped the hierarchies of the Ancien Régime, not only at its centre (see my 2013 article in The Journal of Modern History) but also in its social and geographical periphery. The second part illuminates a largely uncharted form of early modern agency: the protestations that resisted social and political authority on all levels, micro and macro. My article, ‘Writing to Undo: Protestation as a Mode of Early Modern Resistance’, is forthcoming in The American Historical Review.

The Monseigneur and the grands seigneurs: Questions of Priority in Early Modern France (The English Historical Review, 2019)

The Monseigneur and the grands seigneurs: Questions of Priority in Early Modern France (The English Historical Review, 2019)

This article investigates a series of epistolary contestations among the French high command in the seventeenth and eighteenth centuries in order to unlock their far-reaching military, political, cultural and social ramifications. Remarkably, disagreements over the use of the term Monseigneur and other epistolary status-markers took priority over military expediency, disrupting French armed operations in the midst of external war or internal rebellion.

Who preceded whom? Who wore what? Which form of address should one use? One of the most striking aspects of the early modern period is the crucial significance that contemporaries ascribed to such questions. In this hierarchical world, status symbols did not simply mirror a pre-defined social and political order; rather, they operated as a key tool for defining and redefining identities, relations, and power.