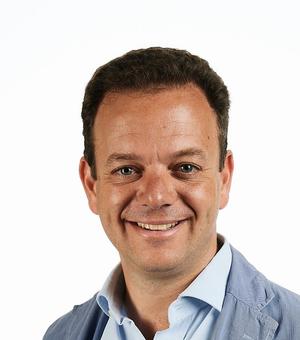 I am a historian of Renaissance and early modern Italy, Europe and the Mediterranean. I studied in Milan and Cambridge and at the Ecole des Hautes Etudes en Sciences Sociales in Paris. I taught at Birkbeck, University of London for 18 years before joining Oxford in 2021.

I specialise on Venice and its extensive empire and connections across Europe and the Mediterranean. I also have a strong interest in questions of historical method, the impact of archival construction and suppression, and microhistory.

My research has been supported by an exchange with the Ecole Normale Supérieure, Paris, a Junior Research Fellowship at Trinity College, Cambridge, a Philip Leverhulme Prize, the Harvard Center for Italian Renaissance Studies at Villa I Tatti, and the European Research Council.

I work on power and communication, from rhetoric and speeches in government councils to graffiti scribbled on walls. Political and religious ideas circulated in Venice through pamphlets, newsletters, heated discussions in barbershops, rumours and carnivalesque mockeries. I'm interested in the three-way exchange and competition between government authorities, professionals intelligencers, and workers and immigrants in the rest of this fantastically diverse city. Some early modern historians view communication as empowering, through the public sphere model. Others see it as a top-down instrument of hegemony or as discourse-power. In my work I propose a more flexible approach, able to capture propaganda and control, but also resistance and unintended consequences. I recently expanded this to the long-distance circulation of news across boundaries in Europe and the Mediterranean.

My research is heavily archival, but I am fascinated in archives not just as sources, but as themselves objects of history. In 2012-16 I expanded beyond Venice to lead a large team project supported by the European Research Council on the comparative history of late medieval and early modern archives in principalities, republics and imperial capitals across all of Italy, from Lombardy to Sicily. All these states tried to cope with shared problem of information overload. I am also interested in the social and cultural history of power relations, urban spaces, and human behaviour. For example, I researched walking in the sixteenth century: a seemingly universal act, in fact charged with meaning that changed over time and depended on status, profession and gender. A classic form of habitus, walking asserts class identity – but in the Renaissance city it could also undermine social distinctions.

I’m currently engaged in two projects nearing publication. One brings together the study of popular protest and archives in an article to be published by Past and Present, co-written with Maartje van Gelder (Amsterdam). In this city held as uniquely peaceful, shipyard workers engaged in sabotage, placards and rioting. What makes hard to remember these cases is that they were systematically erased from government records – a form of silencing of the past that begins in the past.

The other project is an edition of Thomas Hobbes’ translation of a large collection of newsletters spanning the first phase of the Thirty Years’ War. This will appear in a volume of the Clarendon Edition of the Works of Hobbes, coedited with Noel Malcolm. Based in Venice the author, Fulgenzio Micanzio, was at the centre of a thriving transnational circle of French, English and German correspondents; he sent news ranging from central Europe to the Ottoman and Persian empires and discussed the diffusion of Francis Bacon’s works. In England, the letters’ recipient and Hobbes’ patron William Cavendish, had Hobbes translate the letters for further circulation as a means of mobilising anti-Spanish opinion.

In future I will be working on the construction of early modern Mediterranean knowledge in Italy and Italian-speaking communities from the Croatian coastline to the Aegean sea. We know the Mediterranean was marked by deep underlying unity despite all its wars. Can we find a consciousness of shared traits at the time?

I would be happy to hear from prospective research students interested in the social, political and cultural history of early modern Italy and of the territories of the Republic of Venice, and in the history of the book, print, manuscript and oral culture, archives and chanceries, in Southern Europe and the Mediterranean.

I have supervised research students working on the inquisition, medicine and botany, archival practices and historiography, chancery culture, the history of the book as a material object, travel in 16-17th century Europe, antiquarianism, art and noble identity.