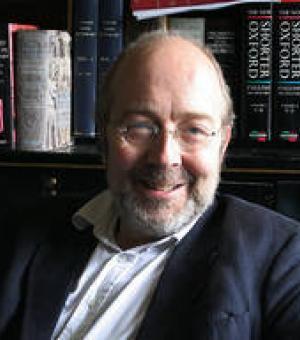 I trained as both a historian and an archaeologist, and research into Late Antiquity (the period circa AD 300-750), primarily in the Mediterranean region.  I chair Oxford's 'Centre for Late Antiquity' (that links the interests of over 80 scholars working in Oxford on this period across the different disciplines).

I have published extensively on urban and economic history, written a much discussed book on The Fall of Rome and the End of Civilization.  My most recently completed work was a major collaborative project on the 'Last Statues of Antiquity', which has resulted in a freely available database and a print overview volume.

Since January 2014 I have been leading a European-funded project to chart and discuss the origin of the cult of saints within Christianity, investigating this development across all the linguistic and cultural groupings of early Christianity: Syriac, Georgian, Armenian, Coptic, Greek and Latin. 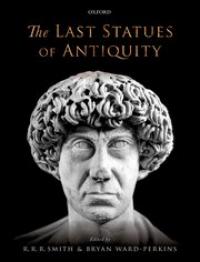 Spanning centuries and the vastness of the Roman Empire, The Last Statues of Antiquity is the first comprehensive survey of Roman honorific statues in the public realm in Late Antiquity. Drawn from a major research project and corresponding online database that collates all the available evidence for the 'statue habit' across the Empire from the late third century AD onwards, the volume examines where, how, and why statues were used, and why these important features of urban life began to decline in number before eventually disappearing around AD 600. Adopting a detailed comparative approach, the collection explores variation between different regions-including North Africa, Asia Minor, and the Near East-as well as individual cities, such as Aphrodisias, Athens, Constantinople, and Rome. A number of thematic chapters also consider the different kinds of honorand, from provincial governors and senators, to women and cultural heroes. Richly illustrated, the volume is the definitive resource for studying the phenomenon of late-antique statues. The collection also incorporates extensive references to the project's database, which is freely accessible online.

The Fall of Rome and the End of Civilization, Oxford University Press 2005 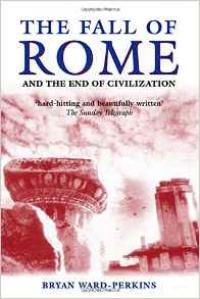 Vicious barbarian invasions during the fifth century resulted in the cataclysmic end of the world's most powerful civilization, and a 'dark age' for its conquered peoples. Or did it? The dominant view of this period today is that the 'fall of Rome' was a largely peaceful transition to Germanic rule, and the start of a positive cultural transformation.

Bryan Ward-Perkins encourages every reader to think again by reclaiming the drama and violence of the last days of the Roman world, and reminding us of the very real horrors of barbarian occupation. Attacking new sources with relish and making use of a range of contemporary archaeological evidence, he looks at both the wider explanations for the disintegration of the Roman world and also the consequences for the lives of everyday Romans, in a world of economic collapse, marauding barbarians, and the rise of a new religious orthodoxy. He also looks at how and why successive generations have understood this period differently, and why the story is still so significant today.

My interests are in the period of transition from a Mediterranean and European world dominated by a pagan Roman Empire, to one of established Christianity, western barbarian kingdoms, an embattled Byzantium, and a powerful Muslim caliphate. Until recently, my primary interest has been the material culture of the period, in all its manifestations: from the humble remains of rural settlements, to the honorific statuary of cities and the lavish decoration of rulers’ palaces. With my current ERC project, I am now engaged in examining the new, and ever-growing, power of Christian saints. When and how did Christianity adopt the idea that long-dead martyrs and other holy figures could help us mortals in the present life? And how did the many manifestations of this belief develop (such as the fascination with relics, the celebration of saints’ feast-days, the seeking of cures, pilgrimage to saints shrines, etc.). My interests tend to be in a broad comparative picture, and the Cult of Saints project reaches from the Caucasus and the Persian empire, to Britain and Iberia.

I would be willing to hear from potential DPhil students regarding Late Antiquity (political, social, economic, religious).