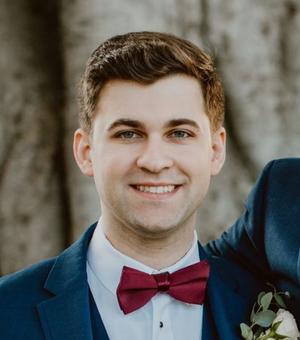 I am chiefly interested in the intellectual, political, and religious history of the Late Antique (Roman-Persian) and early Medieval (Byzantine-Islamic) worlds, especially regarding the transition from the former to the latter. The majority of my research focuses on Byzantium, the Umayyad Caliphate, and their neighbors, but I also maintain an interest in the late antique and early medieval West, having published on Augustine of Hippo.

My DPhil thesis focuses on two itinerant monks who flourished during the late 7th and early 8th centuries CE - a Chalcedonian Greek-speaker named Anastasius of Sinai, based in Egypt, and a Syrian Orthodox writer named Jacob of Edessa, based in Syria and Palestine. They both bear witness to life in the ex-Byzantine provinces in the decades following the Arab conquests, and wrote during a period of crucial transition in the Umayyad Caliphate at the end of the 7th century, sometimes referred to as its 'Islamization.' To this end, they each composed (within roughly a decade of one another) extensive commentaries on the Hexaemeron, the six-day creation story found in Genesis 1-3. No dry commentaries, they are among the longest ever composed on Genesis 1-3, and contain information of much use to us regarding how clerical elites viewed the situation under Arab rule, including: what Chalcedonian and Syrian Orthodox 'higher education' thought it was important to know about topics ranging from the natural world and cosmology to grammar and rhetoric; how Christians, Muslims, and Jews related to one another in the public sphere under the earliest phases of Arab rule; how eastern Christian communities shored up their identities in the wake of abrupt political regime change; and much more. As such, despite being works of theology, they are much more, too, and can be read at a cultural-historical level. They thus offer us a unique glimpse into the social, cultural, and religious world that Anastasius and Jacob inhabited in ways heretofore overlooked. I aim to contextualize these two commentaries within their broader Late Antique setting, comparing and contrasting their priorities and responses to the unprecedented circumstances in which they found themselves, and in turn shedding light on the sometimes opaque cultural and religious history of the Eastern Mediterranean during the 690s and 700s.

My research interests include: