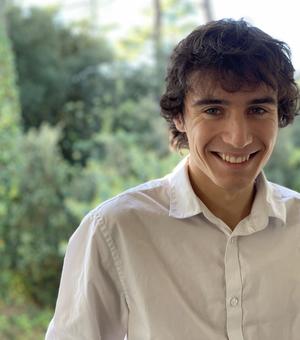 'Francis Stephen of Lorraine: The construction of a unique image as male consort and emperor-to-be, 1740-5'

After two years in the classe préparatoire Chartes, at the Lycée Henri-IV in Paris, I completed my Bachelor's degree in History at University Paris 1 – Panthéon-Sorbonne in June 2020. I then moved to Durham University to complete the MA programme in History, before arriving in Oxford to start my DPhil in October 2021.

My research, at the junction of political, gender and cultural history, focuses on male consorts and on the construction of their unprecedented position through ceremony and court life, studied through the lens of the Habsburg dynasty. My masters dissertation, supervised by Dr Toby Osborne, studied Philip of Spain (future King Philip II), husband of Queen Mary Tudor of England, and his attempt to incorporate England into the Habsburg transnational monarchy through his position as king consort, in the years 1554 and 1555.

This dissertation has laid the methodological foundation for my DPhil work, which focuses on Francis Stephen of Lorraine (1708-1765): a man who held an unprecedented role at the Viennese court as consort to the Queen-Empress Maria Theresa (1717-1780). In 1740, the latter ascended the numerous thrones of the Habsburg monarchy. Her husband was given the title of co-regent but did not share her royal dignity, like a female consort would have been entitled to.

Francis Stephen’s position was impacted by two apparently contradictory realities. On the one hand, he was his wife’s consort and had to publicly occupy a lower hierarchical position than her. On another hand, however, he was the House of Habsburg’s only chance of retaining the male-exclusive and electoral dignity of Holy Roman Emperor, which still bore significant prestige in the mid-eighteenth century. My DPhil project aims at understanding how these realities were dealt with at court in terms of ceremony and towards different audiences.