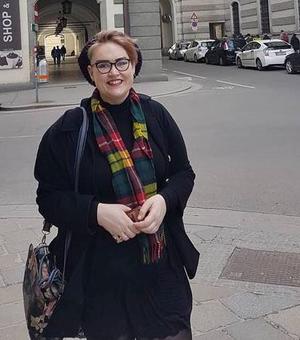 Public men on public stages: the performance of state authority by magistrates in popular drama, 1590-1610

Drawing from my Masters research into the performance of law and drama in early Stuart England, and my undergraduate dissertation upon the discourse of commonwealth in drama from 1595-1608, my interdisciplinary thesis seeks to investigate drama's role in contesting the state in early modern England. I seek to do this through a performance-focussed analysis, which examines in detail the experience of drama presenting governance, comparing the performance of authority by real and staged magistrates. By reading these plays in conjunction with legal and administrative texts, I compare the expectations and perceptions of the state's officers, and the practice of government as experienced by the audiences of the public theatres, to the fictionalised processes onstage. My thesis ranges from plays about local law enforcement, focussing on the ways in which the theatre hides and reveals information about crime to audiences, to London's civic government, to high office, examining the theatre as a place of transferring information about government to the populace.

My thesis thus represents a departure from traditional language-based analyses of politics and political theatre, by considering in detail the epistemology and emotional effects of the theatre, and how these effects can reshape expectations of government onstage. I aim to view theatre in performance as part of political discourse, rather than merely reflecting it, and believe in the value of practice as research for academic studies of early modern culture.

I am partially funded by a Graduate Scholarship from Jesus College, Oxford.

October 2017, CIJIET conference, University of Murcia: 'In his own person: the hermeneutics of embodied performance in early Stuart law and drama'.

February 2018, London Shakespeare Centre and Shakespeare's Globe Inaugural Graduate Conference 'Making Connections: Early Modern Texts and Cultures':'‘By my shaking, I am the guilty man, and not the judge’: Legal and Dramatic Uses of Embodied Emotion in Massinger’s The Roman Actor''

May 2018, Exeter CEMS Graduate Conference 'Space, Place and Interface', and June 2018, QMUL SED Conference 'Theatricality, Performance and the State': 'Enacting Justice: A Knack to Know A Knave, the state, and the theatre as alternative jurisdictional space'

April 2019: I was invited to speak at the 'Literature and the Early Modern State' conference at Magdalene College, Cambridge, at which I gave the paper '“Foreseeing that nothing be done… to the breach of the peace”: failures of local crime prevention in A Yorkshire Tragedy’

I have been invited to speak at the London Renaissance Seminar's 'The Violent Household' event on Friday of 4th week at Birkbeck. I will be giving the paper ‘“I saw him come into your house an hour ago”: the (in)observable household and the state in Arden of Faversham and A Yorkshire Tragedy’.

I will also be speaking at the Durham IMEMS conference in July 2019, giving the paper 'Preventing ‘injurious force’: domestic tragedy and the failure of the participatory state'.

I convene the Literature and History in Early Modern England seminar with Chris Gausden and Felicity Brown,

I am also a director, interested in the intersection between practice and research. In May 2018 I directed a candelit production of Webster's The White Devil in Jesus College's early modern hall, in an attempt to use early modern performance conditions to bring the play to life, and an excerpt of the Tudor interlude Fulgens and Lucrece in September 2018.