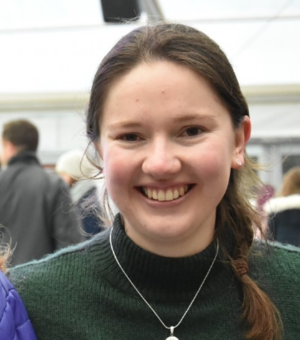 Reformations across borders: printed German perceptions of the English Reformation 1547-1603

I am a current doctoral student in Early Modern History at Lincoln College and my research investigates German perspectives on the later Tudor period in England. Succession crises, executions and religious policy changes in England across the second half of the 16th century prompted a significant body of broadsheets, pamphlets and books published in the German vernacular across German-speaking territories. I look at both the pan-European connections which led to such publications, as well as the often intensely local networks in which the German printers, authors and translators were embedded.

I work as a Graduate Outreach Tutor with the History Faculty. Please feel free to contact me with questions relating to applications for undergraduate and postgraduate study in History at Oxford. I am also Co-Convenor of the Early Modern German Workshop which meets periodically and offers a collaborative environment to discuss current research at both postgraduate and postdoctoral level.

I graduated from the University of Oxford in 2016 with a BA in History and Modern Languages (German) and subsequently completed an MSt in Early Modern History, also at Oxford. Before starting my DPhil, I worked in a number of museums and archives in the West Midlands and am keen to integrate public engagement and museum collaboration into my doctoral work. My doctoral research is funded by the Sloan-Robinson and Kingsgate Scholarships via Lincoln College.